The quick actions of an Orlando fire lieutenant helped save the life of a woman involved in a fiery crash Monday night, according to the Orlando Fire Department.

ORLANDO, Fla. - The quick actions of an Orlando fire lieutenant helped save the life of a woman involved in a fiery crash Monday night, according to the Orlando Fire Department.

Crews said the crash happened around 11 p.m. near Northlake Parkway and Narcoossee Road. When firefighters arrived to the area, they found a burning car with the woman trapped inside, OFD said.

The fire department said they went into rapid rescue mode, dousing water on the fire.

TRENDING: Massive Saharan dust cloud on its way to Florida

OFD said Orlando Fire Lieutenant Bassel Ibrahim was able to knock out a back window and made contact with the woman, who they said was overcome with the heavy smoke and was having difficulty breathing.

That's when the fire department said Ibrahim made the quick decision to take off his air pack mask to provide the woman with air, while still trying to free her. 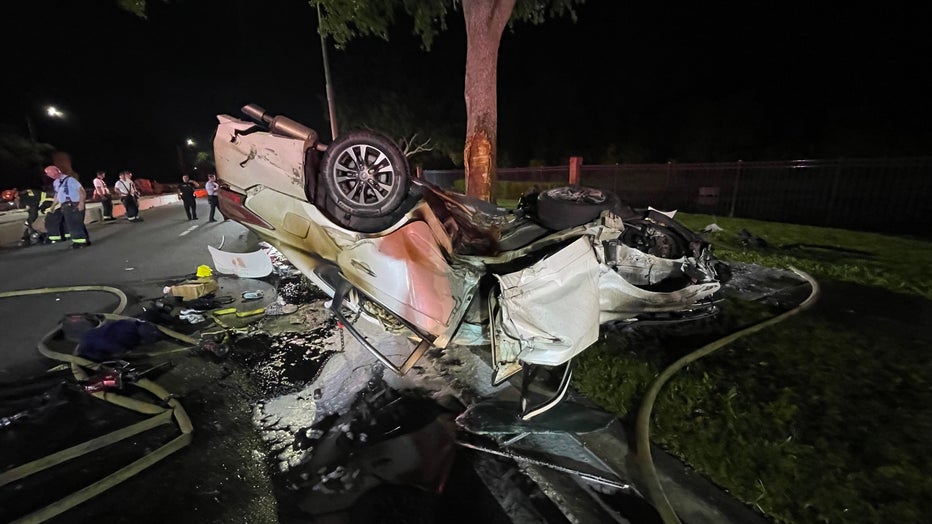 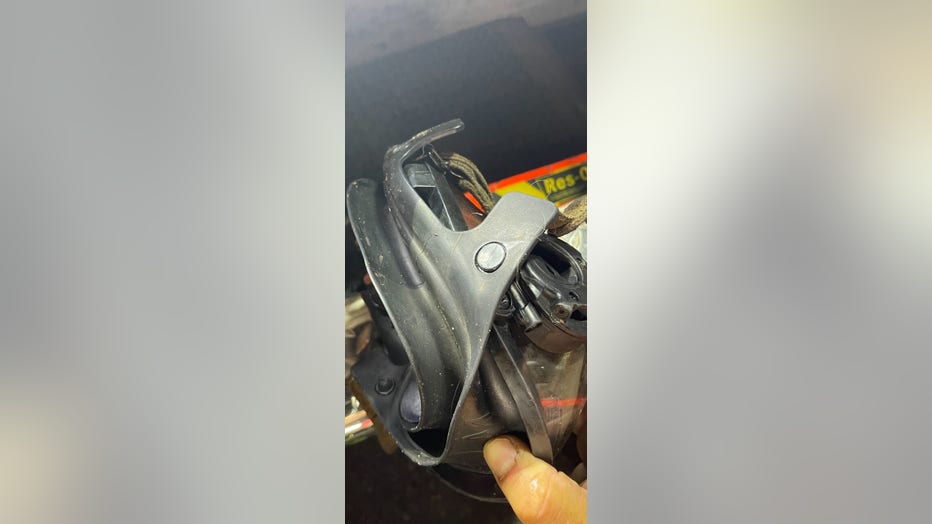 The Orlando Fire Department provided this photo of the air pack mask used to help the woman breathe.

Firefighters eventually were able to put the fire out and use equipment to remove her from the car.

"I was told she had only 30 seconds to live should it not have been for that air pack transfer," a spokesperson for the fire department said in a statement.

The woman was flown to an Orlando hospital with injuries, but is expected to live, the fire department said.

It's unclear what led to the crash at this time.