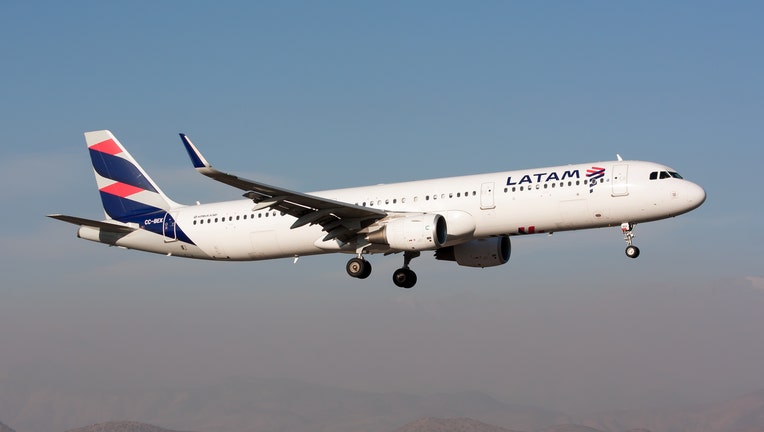 ORLANDO, Fla. - A man in Florida is suing one of Latin America’s largest airlines, saying his 6-year-old son was sexually assaulted by an airline employee while traveling as an unaccompanied minor from Brazil to the U.S.

The father filed the negligence lawsuit Monday against LATAM Airlines in federal court in Orlando, Florida.

In a statement, a spokesman for LATAM said the company hadn’t received a summons related to the lawsuit. “However, it takes any allegation of this nature seriously and will fully cooperate with any resulting investigation,” the statement said.

In 2018, the boy’s mother put him on a LATAM flight from Belo Horizonte to SaoPaulowith the expectation that her son would then transfer to a Florida-bound flight, according to the lawsuit.

The boy had his Brazilian and U.S. passports, as well as airline documents, in a plastic folder around his neck. At some point, a flight attendant removed the folder and placed the documents in the boy’s backpack. The boy was handed off to another LATAM employee when he landed in SaoPaulo,but the flight attendant neglected to tell the employee where the travel documents were, the lawsuit said.

Because they couldn’t find the documents, Brazilian Federal Police refused to let the boy on the connecting flight. By the time the airline employee found the documents in the backpack, the Florida-bound flight had taken off, according to the lawsuit.

The airline decided to put the boy up at a nearby hotel where four airline employees took turns supervising him over 15 hours. One of the employees — a man — sexually assaulted the boy, the lawsuit said.

“LATAM, and the airline industry generally, had actual knowledge of the risk to unaccompanied minor children during lengthy layovers, and that unaccompanied minors who are negligently cared for could result in assaults of children,” the lawsuit said.

The Associated Press typically does not name people who say they have been sexually assaulted.

A spokeswoman for the father’s attorney on Wednesday would not comment when asked whether law enforcement was notified.