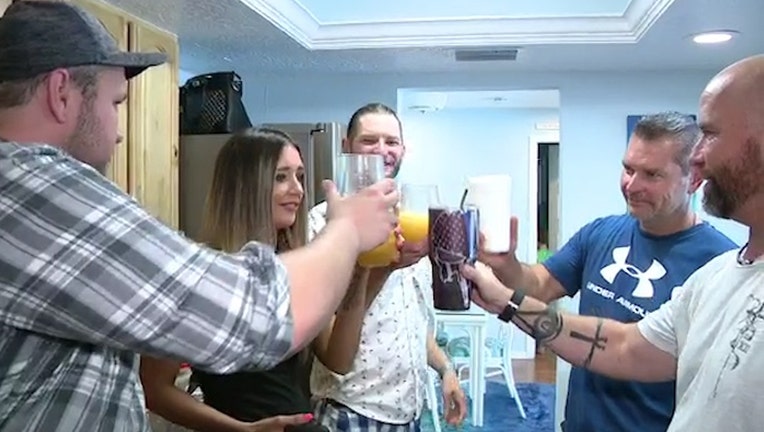 ORANGE COUNTY, Fla. - Deputy David Stull was thrilled to find out he had one long-lost brother, and now he’s getting to meet the other 2 along with his long-lost sister, nieces and nephews, in-laws, and father.

You may remember Stull and long-lost half-brother Eric Reynolds from their story over the summer. The two found out they were brothers through a positive hit in the 23 and Me DNA database. To make it all even more surreal, Stull is an Orange County Deputy and Reynolds a Boynton Beach Police Officer.

“I was expecting to see cousins and stuff like that, top of the list it said I had a half-brother and I’m like: I hadn’t considered that possibility,” said Stull during an interview in August.

As the two caught up, Stull learned he actually had a lot more family he never knew existed.

Adopted as a young child, Stull said he’s essentially been an only child for the past 50 years.

Not so much as of Tuesday though. 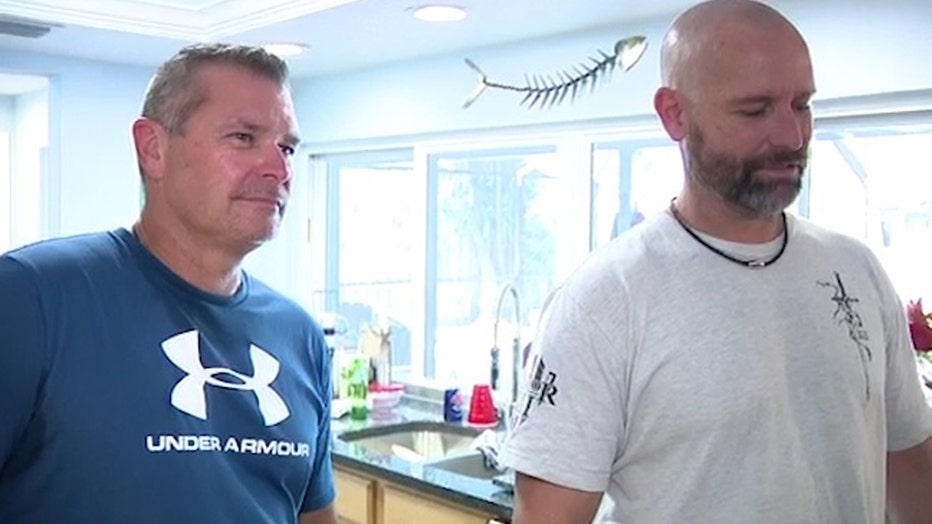 David stood in a packed rental home in Cocoa Beach getting to know his other two younger brothers Mason and Matthew as well as his younger sister Alex.

"A little disappointed he's not rich, I'm gonna be honest,” joked Mason to laughs from the packed room of extended family.

When they discovered David was a part of their family, the Reynolds decided to take a full family vacation to the beach, and get to know their new older brother. And they brought their spouses and kids; kids eager to have another uncle to send presents this Christmas.

David was all smiles, clearly fitting in with the family he never knew he had.

Surprised as anyone by the news of David’s existence: his long-lost father Dale.

Dale said he didn’t believe it right away when Eric told him he’d gotten the DNA match, but then when he heard the timeframe of David’s birth, things started to make sense.

"I did go to Pensacola for about 2 months,” said Dale thinking back to his youth.

Dale said he’d met a woman there who he dated briefly, and who he now assumes was David’s birth mother.

He said the woman approached him during that time saying she was pregnant, and he said he was ready to stay by her side.

Dale was just as happy as anyone to get to know his first born, wishing he’d seen David grow up, but happy to see the man he’s become.

Dale, like Eric and David, also had a law enforcement career during his time in the military.

So what comes next for the deputy and his new, big family? Well David said a lot of catching up.

The family’s using their time together to celebrate Eric’s retirement from law enforcement and his 50th birthday; as well as the obvious new addition.

"We all like him…family,” said sister Alex, “and I think for him he grew up thinking he was an only child so now he's got all of us to make life exciting."