An Orange County sheriff's deputy is accused of pointing his gun at a Lyft driver. Deputy Troy Heyer, 45, was arrested on charges of aggravated assault with a firearm. The Sheriff's Office says he has been relieved of all law enforcement duties without pay while the criminal case is underway.

ORLANDO, Fla. - Orange County Sheriff John Mina says he received a call early on Saturday that Orlando police officers had arrested a deputy, accused of pointing a gun at a Lyft driver.

On Sunday Deputy Troy Heyer faced a judge, making his first appearance on the aggravated assault with a firearm charge. The judge set his bond at $1,500 and said Heyer had to turn over any guns he owned.  Heyer bond out of jail shortly after 4:30 p.m. the same day.

"If the facts of the case are that one of our deputies was drinking and pulled his gun on a Lyft driver, he's not going to be here anymore, but we'll see what the investigation sees," Sheriff Mina told FOX 35 Orlando.

The deputy is accused of pointing a gun at a Lyft driver.

Orange County Deputy Troy Heyer was in Orange County court, Sunday morning, charged with aggravated assault with a firearm. The judge set his bond at $1,500 and said Heyer had to turn over any guns he owned.

Orlando police arrested Heyer early Saturday morning after a Lyft driver brought him to his Nonacrest home.  After dropping him off, the driver told police he stayed outside Heyer's home for a few minutes to do a report on his Lyft app. That's when he said Heyer came back out of his home, pointed a gun at him, and asked, “What are you doing here?” 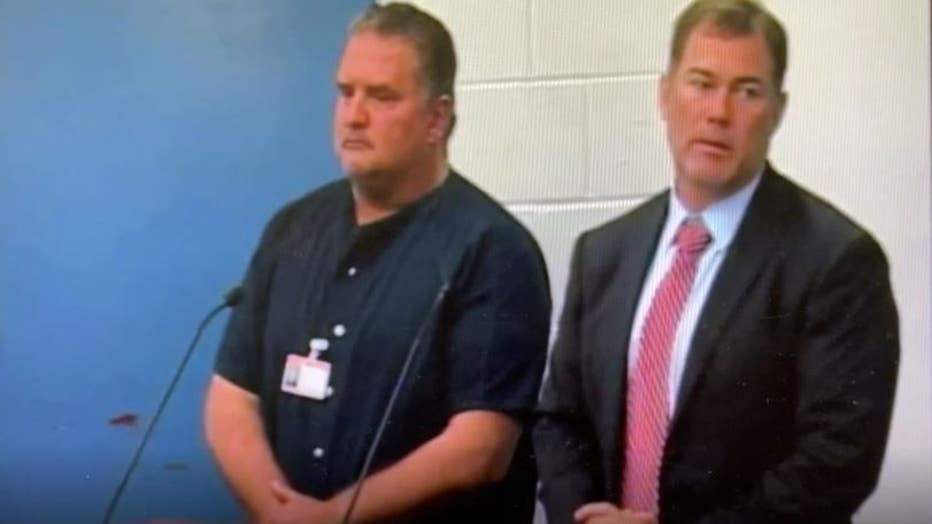 The driver quickly left and called 911. The officer who made the arrest said he smelled alcohol on deputy Heyer's breath.  Heyer's lawyer is calling the deputy's actions "justifiable self-defense" because of the Lyft driver waiting outside the house after dropping Heyer off.

Orange County Sheriff John Mina said his department would thoroughly investigate the case.  Deputy Heyer is off duty without pay while the investigation continues.