When the deadly shooting happened at the Pulse Nightclub on June 12, 2016, Orlando’s finest responded. On Wednesday, Orlando’s police leadership took a moment to reflect on that tragic night, five years ago.

ORLANDO, Fla. - When the deadly shooting happened at the Pulse Nightclub on June 12, 2016, Orlando’s finest responded.

On Wednesday, Orlando’s police leadership took a moment to reflect on that tragic night, five years ago.

At the time when the shooting happened, Chief Rolon was a deputy chief and said he is proud of the men and women in blue who were there.

"They didn't know who was inside that nightclub, they just knew that someone needed help."

Among the officers there that day was James Young. Now a deputy chief, at the time he was a police crisis negotiator.  He said he had a strong connection to the club.

"I'm an openly gay man, I have a connection with the LGBTQ+ community, being a member of that community. For many years I worked off-duty at Pulse." 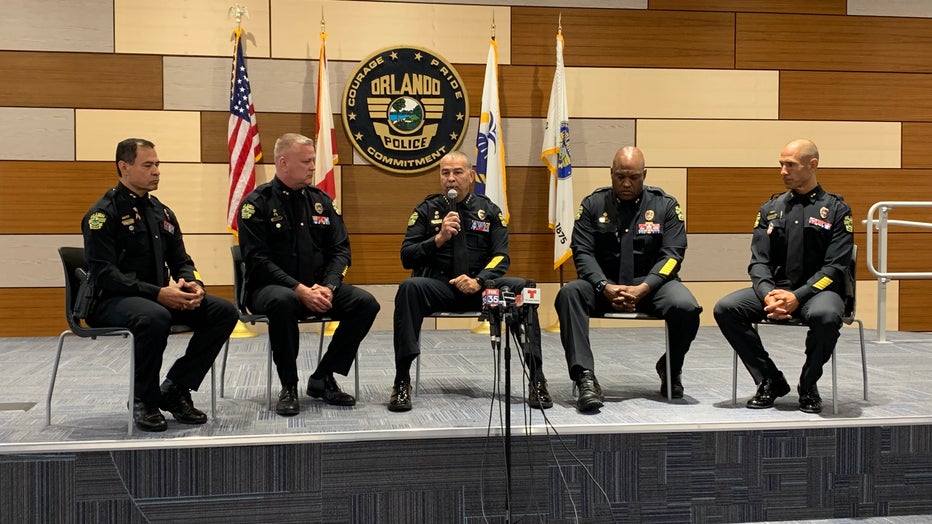 As such, he knew the layout of the club and was instrumental in helping guide his colleagues that night.

"I began texting some of the officers I knew were already on-scene and commanders on-scene, a layout of the club from memory of working many years off-duty."

Along with the stories the officers shared, they also talked about the lessons they all learned -- the key takeaways aimed at keeping tragedies like this from happening again.

Chief Rolon said Pulse has made them more ready to take on whatever challenges this city faces.

"We've been tested, and we've delivered on the fact that we were able to show that we are prepared to deal with that."