25 years ago, 168 people were killed in the Oklahoma City bombing

On April 19, 1995, 168 people (including 19 children) were killed in what the FBI called “the worst act of homegrown terrorism in the nation’s history.”

Twenty-five years later, the lives that were lost in the Oklahoma City bombing have not been forgotten.

Timothy McVeigh, a man with extremist views, would be identified as the mastermind behind the bombing, which left the Alfred P. Murrah Federal Building mostly destroyed. Various federal agencies, including the Bureau of Alcohol, Tobacco and Firearms; the U.S. Department of Housing and Urban Development; and the Secret Service, had offices in the building, according to a 1995 Washington Post report on the bombing.

RELATED: Mass killings hit new high in 2019, most were shootings

As to why McVeigh targeted the federal building, Lori Fortier, the wife of Michael J. Fortier, one of McVeigh’s accomplices, said that it was an “easy target” for an attack, according to the Los Angeles Times. Biography.com indicates that McVeigh picked the Oklahoma City building because of its “excellent camera angles for media coverage” to share his anti-government message.

A New York Times report published shortly after the bombing indicates one floating theory was that McVeigh chose the Murrah building because of its day-care center on the second floor. The location of the day-care made it possible for a bomb to be placed closer to children than in other federal buildings. 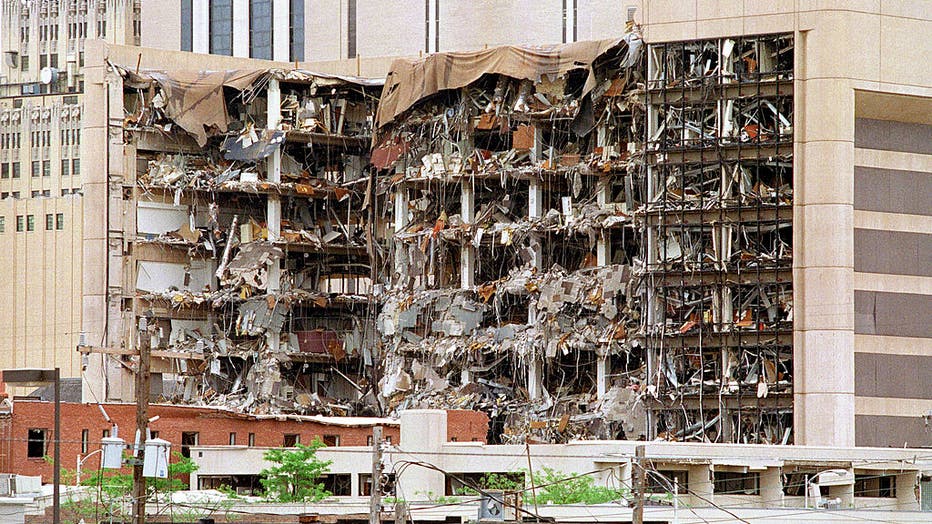 The north side of the Albert P. Murrah Federal Building in Oklahoma City shows 19 April 1995 the devastation caused by a fuel-and fertilizer truck bomb that was detonated early 19 April in front of the building. The blast, the worst terror attack on

Initial beliefs were that terrorists from the Middle East were responsible. A few years earlier, the 1993 World Trade Center bombing had been carried out by Islamic fundamentalists Mohammed Salameh, Ahmad Ajaj, Nidal Ayyad, and Mahmoud Abouhalima, each of whom were convicted for their role in that bombing, according to History.com.

But the rear axle of a truck used to house the bomb was found beneath the building’s rubble. According to the FBI, on that axle was a vehicle identification number, allowing agents to ultimately identify and find McVeigh. 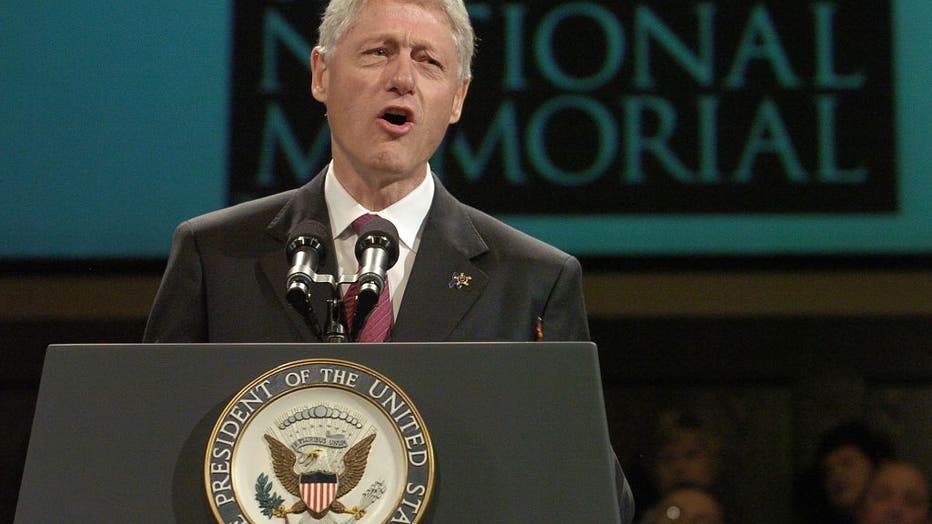 Coincidentally, McVeigh was already in prison. According to the FBI, an Oklahoma State Trooper had pulled McVeigh over after noticing his car was missing a license plate. “McVeigh had a concealed weapon and was arrested,” the FBI said, noting that the arrest happened just 90 minutes after the initial bombing.

Authorities were then able to link evidence from the bombing to McVeigh, such as traces of chemicals used in the explosion on his clothes, as well as a “business card on which McVeigh had suspiciously scribbled, “TNT @ $5/stick, need more,” according to the FBI.

A deeper dive into McVeigh’s background showed that he held extremist views and anger toward the U.S. government, particularly after the 1993 Waco siege, where agents from the Bureau of Alcohol, Tobacco and Firearms (ATF) raided a compound where the Branch Davidians, a religious sect, were reportedly violating firearms regulations, according to History.com. The 51-day standoff between agents and the members of the sect resulted in around 75 deaths.

McVeigh would ultimately be convicted in 1997 on 15 counts of murder and was sentenced to death by lethal injection. After appealing his case numerous times, McVeigh was executed in 2001, the first federal prisoner to have been executed in 38 years.

His accomplices, Michael J. Fortier and Terry Nichols, were also convicted for their roles in the attack. Fortier was sentenced to 12 years in prison for failing to warn officials of McVeigh and Nichols’ plans to attack the building, according to the Washington Post, while Nichols was convicted on conspiracy and involuntary manslaughter charges, receiving a life sentence.

President Bill Clinton would declare April 23, 1995 a national day of mourning in the wake of the attack.