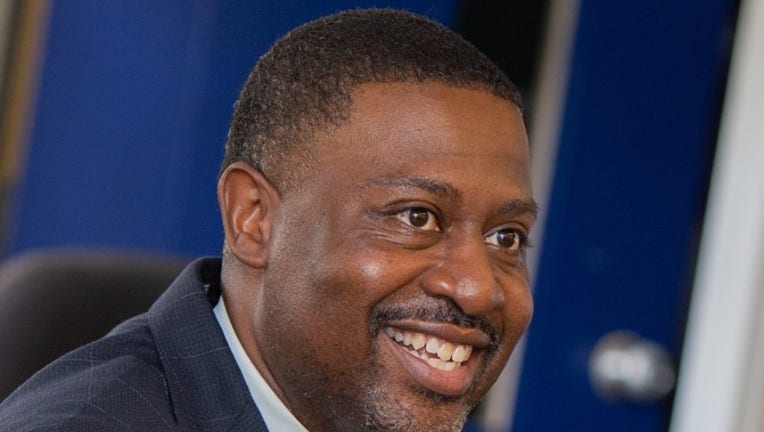 OBERLIN, Ohio - A history teacher from Ohio has been named this year’s National Teacher of the Year by The Council of Chief State School Officers.

Kurt Russell teaches history at Oberlin High School in Oberlin, Ohio, where he was born and raised. The group previously named him Ohio’s teacher of the year.

Raised on his mother’s stories about segregation and the civil rights movement in Alabama and influenced by teachers from his childhood, the 50-year-old Russell has spent the last 25 years teaching history and African American history.

He also teaches Race, Gender and Oppression, a class he developed. He also serves as faculty advisor for the student-led Black Student Union, whose work has led to positive impacts for students across racial groups.

Russell will spend the next year representing educators and serving as an ambassador for students and teachers across the country, the organization said.

"I am truly humbled and honored to be selected as the National Teacher of the Year," Russell said in a news release. "With this recognition, I hope to bring attention and awareness to the importance of diverse faculty and representative curriculum that helps students feel more empowered in their education."

His classroom journey to teaching began with his white kindergarten teacher, Francine Toss, who read a picture book about the Rev. Martin Luther King Jr. as he and other students sat in a circle in her classroom.

"She had the audacity to introduce literature that was culturally relevant," Russell told the Associated Press. "I thought, ‘Wow, that’s a guy who looks like me.’"

The die was further cast for his future career as an eighth-grader when he walked into a math class taught by Larry Thomas, the first Black male teacher he had encountered. Russell said he was impressed by Thomas’ demeanor and how he carried himself in the classroom.

"He was someone who looked like me in front of the classroom who all the kids enjoyed," Russell said. "This seemed like a profession that I could enjoy. It just changed my life."

Russell obtained his "dream job" of teaching in Oberlin, the city where he grew up, after graduating from the College of Wooster in 1994.

Russell also is the boys basketball coach at Oberlin. His team finished the season with a 16-6 record and a conference championship. Betts said Russell sees the development of young men as more important than developing basketball players.

Video went viral showing Gean Sampaio de Melo, 26, holding Heitor, 6, through a physical education class so that he can play with the students.

"Kurt's extensive career shows the power of educators to shape the lives of students from the classroom to extracurricular activities to the basketball court," said CCSSO Chief Executive Officer Carissa Moffat Miller. "Dedicated educators like Kurt will be key to helping students recover from the COVID-19 pandemic and set them up for success in college and careers. CCSSO has been honored to support excellent educators through the National Teacher of the Year Program since the first National Teacher of the Year was recognized 70 years ago."

The selection committee said in a statement: "Kurt is a powerful advocate who always puts students at the center of his work. With more than two decades in the classroom and strong connections to his community, he speaks with warmth and honesty on how schools can best meet students' needs. Kurt will be a passionate and authentic voice for teachers and students as 2022 National Teacher of the Year."