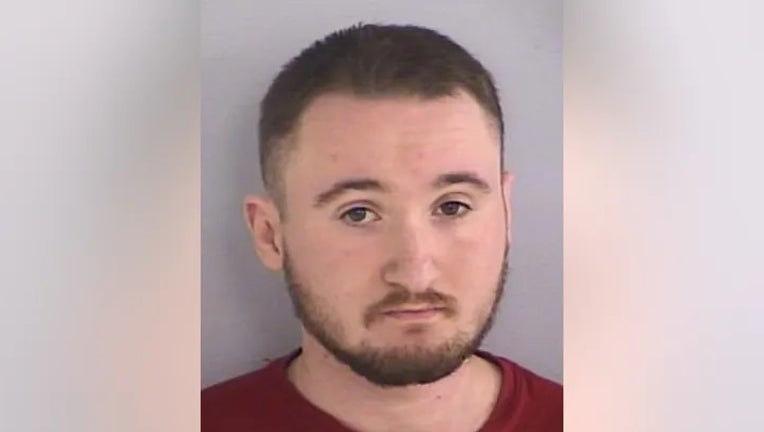 A self-described "incel," or "involuntary celibate," from Ohio on Tuesday pleaded guilty to plotting a mass shooting of about 3,000 women, including sorority girls, according to the Department of Justice.

Tres Genco, 22, of Hillsboro admitted to planning a hate crime to shoot women at an Ohio university in 2021.

Genco wrote a manifesto in which he stated that he would "slaughter" women "out of hatred, jealousy and revenge," referring to death as the "great equalizer." In another note obtained by law enforcement, Genco said he wanted to "aim big" for a 3,000-person kill count, according to the DOJ.

The day he wrote his manifesto, Genco searched online for sororities and for information on the Ohio university where he planned to conduct the attack. In 2019, he had purchased gloves; a bulletproof vest; a hoodie with the word, "Revenge"; a bowie knife; a skull face mask; two Glock 17 magazines; a 9mm Glock 17 clip; and a holster clip for a Glock, the Justice Department said.

Federal agents arrested the 22-year-old in July 2021, and he has remained in custody in Butler County since then.

"Genco formulated a plot to kill women and intended to carry it out. Our federal and local law enforcement partners stopped that from happening," U.S. Attorney Kenneth L. Parker for the Southern District of Ohio said in a Tuesday statement. "Hate has no place in our country — including gender-based hate — and we will continue to work with our law enforcement partners to vigorously prosecute any such conduct."

Assistant Attorney General Kristen Clark of the DOJ's Civil Rights Division said the defendant "simply has no place in our society."

"The Department of Justice will remain steadfast in our efforts to investigate and prosecute those who carry out, or attempt to carry out, gender-based hate crimes to the fullest extent of the law," she continued.

The incel movement is an online community mostly composed of men who blame women for their own sexual inactivity.

Genco maintained a number of profiles on a popular incel website between at least July 2019 through mid-March 2020, publishing hundreds of posts throughout that period. In one post, he detailed spraying women and couples with orange juice from a water gun, which he described as an "extremely empowering action." Known incel Elliot Rodger, who killed six people and injured 14 others in a 2014 shooting outside the University of California Santa Barbara, also sprayed students with orange juice from a water gun, according to the DOJ.

Genco attended Army basic training in Georgia through December 2019 before he was discharged for entry-level performance and conduct.

The 22-year-old has pleaded guilty to one count of attempting to commit a hate crime and faces a sentencing of up to life in prison because the plot included an attempt to kill.