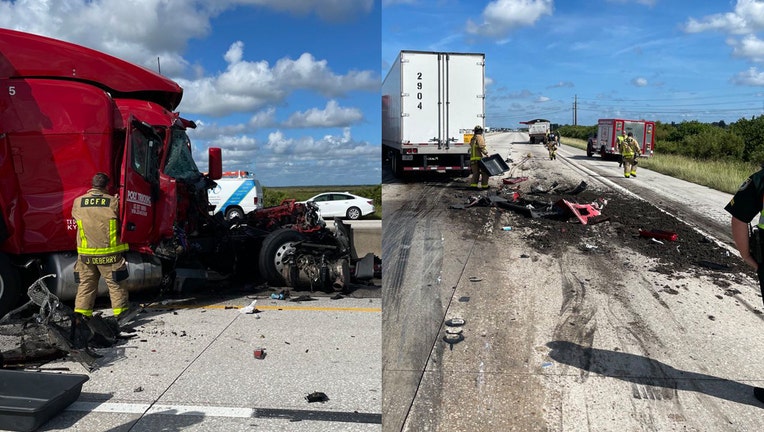 MELBOURNE, Fla. - It’s a smelly situation in central Florida after a crash involving a tractor-trailer and a dump truck left cow manure over a portion of Interstate 95.

The Florida Highway Patrol said in a tweet that the crash happened Tuesday in the northbound lanes near mile marker 198. Traffic was diverted until the manure was cleaned up.

No one was injured in the crash, according to Brevard County Fire Rescue.

No additional details were released.