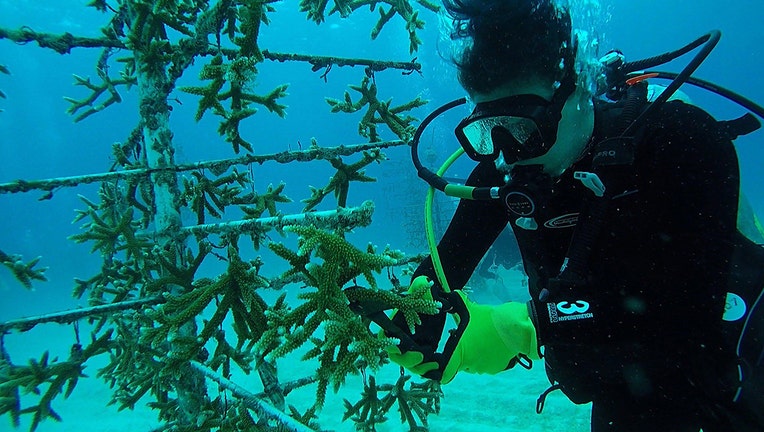 “Mission: Iconic Reefs” calls for restoring nearly 70 acres (28 hectares) of the Florida Reef Tract, one of the largest strategies ever proposed for coral restoration, the National Oceanic and Atmospheric Administration said.

NOAA officials said the organization will work with partners to secure public and private funds.

“We have identified some iconic reefs here in the Keys that we want to help restore,” sanctuary superintendent Sarah Fangman said. “These reefs have been suffering from a number of threats for years as have reefs around the world.”

NOAA officials have received inquiries from government leaders wanting to know what can be done to save the reefs, Fangman said.

Since the 1970s, tropical cyclones, heat-induced coral bleaching, cold snaps and disease events have reduced coral coverage in the Keys. Outbreaks of stony coral tissue loss disease, first noticed off Miami in 2014, have spread as far as Cozumel, the Caribbean region, and have baffled marine biologists. The disease has not affected branching species such as elkhorn and staghorn coral.

Restoration efforts involving growing and transplanting corals have proven successful in the Keys, motivating plans for the large-scale restoration effort within the sanctuary.