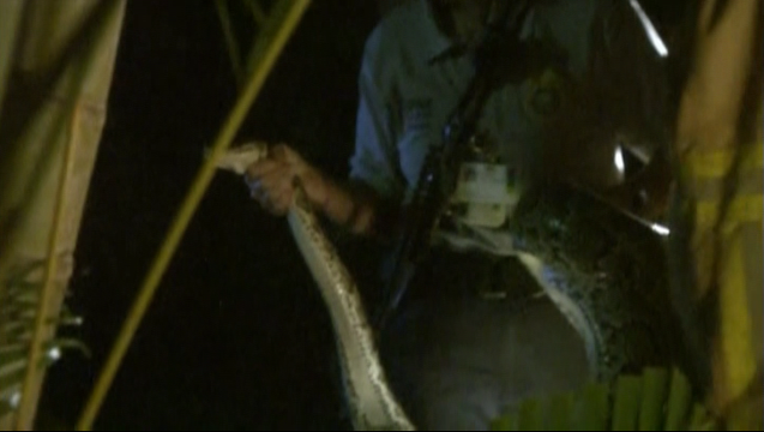 MIAMI (AP) - Officials are gearing up for Florida's public hunt for invasive Burmese pythons in the Everglades.  The Florida Fish and Wildlife Conservation Commission's "Python Challenge" begins on Saturday and runs through Feb. 14.

The snake-catching festival attempts to reduce South Florida's population of the giant constrictors. Participants will compete for individual and team prizes for catching the most pythons and catching the longest one

Spokeswoman Carli Segelson says one of the goals of the event is to make people aware of the non-native species and how to report them.

The previous challenge, held in 2013, resulted in the capture of 68 snakes. Scientists say thousands of pythons are to blame for the decline of native wildlife across Florida's Everglades.  Read more at PythonChallenge.org.