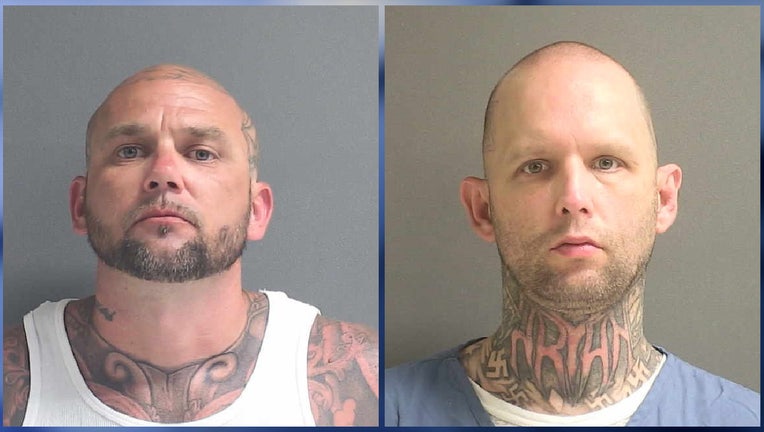 VOLUSIA COUNTY, Fla. - Two men with ties to white supremacy gangs were sentenced to an additional 15 years in prison for attacking a fellow inmate over a year ago in Volusia County, according to the State Attorneys' Office.

Judson Arne, 40, who was already incarcerated at the Tomoka Correctional Institution for methamphetamine possession prior to the attack, was found guilty by a Volusia County jury Friday on a second-degree felony charge of aggravated battery.

In what was called a ‘planned attack’ by the state attorney's office, in January 2021, Arne approached an inmate at the prison and began to punch him. Another inmate, Andrew Mitchell, walked up during the altercation and began to stab the victim with a homemade knife. The incident was caught on the prison's surveillance video.

After Mitchell dropped the weapon, Arne then picked up the nine-inch knife and continued to stab the victim before discarding it in a pipe chase, according to the SAO.

The victim was stabbed 12 times, and court documents say he was hospitalized for six days following the incident.

When questioned about the incident, Arne said he did not know Mitchell planned to stab the victim, but said he involved himself as it was his 'duty' as a fellow gang member, according to the affidavit.