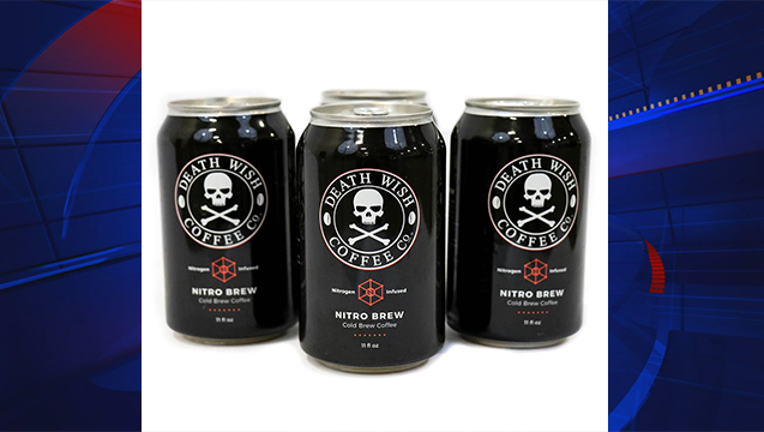 Death Wish, in conjunction with an outside Process Authority, has determined that the current process could lead to the growth and production of the deadly toxin, botulin, in low acid foods commercialized in reduced oxygen packaging.

Botulism, a potentially fatal form of food poisoning, can cause the following symptoms: general weakness, dizziness, double-vision and trouble with speaking or swallowing. Difficulty in breathing, weakness of other muscles, abdominal distention and constipation may also be common symptoms. People experiencing these problems should seek immediate medical attention.

Death Wish says it is halting production of Nitro Cold Brew until an additional step in the manufacturing process is implemented.

The New York based coffee maker says Death Wish Nitro cans have been removed from the company’s online store, in addition to it has been pulled from shelves at Price Chopper/Market 32, Healthy Living Market & Café, and independent retailers at the behest of Death Wish Coffee.

No illnesses have been reported to date. Consumers who have purchased Death Wish Nitro should not consume it and can either dispose of it or return the product to the location with proof of purchase for a full refund.