LOS ANGELES - Three chefs leveled up to compete in Wednesday night’s finale of "Next Level Chef", but only one could walk away as a winner of the $250,000.

In the FOX series, chef Gordon Ramsay scoured the country for the very best line cooks, home chefs, social media stars, food truck owners and everything in between, all competing against one another with the goal of finding the food world's newest superstar.

Joined by two elite names in the food world, chefs Nyesha Arrington and Richard Blais, Ramsay and his co-mentors each recruited a group of talented chefs to take them under their wings.

In each episode, there are three separate floors with different kitchens — from the top kitchen featuring the best cookware and appliances to the basement with not much more than the basics and a cooktop stove. Ramsay firmly believes that as long as a chef has the drive, talent and perseverance, he or she can make that climb to the top with the resources they have available.

The three remaining chefs in the finale included Mariah Scott of Houston, Pyet DeSpain of Los Angeles and Reuel Vincent of Brooklyn.

All three contestants had to create a dish from each floor: an appetizer from the basement, a fish course from the middle floor and a meat entree from the top kitchen.

Who won "Next Level Chef"

For the first time ever, the cooks were in charge of their own cook time — with 90 minutes total to complete all three courses.

And, during the finale, each contestant brought the heat to the kitchen, dishing out incredible and innovative dishes.

"This is the finale. Everything that goes on these plates has to be perfect," Pyet DeSpain said during the finale. "My game plan is just not let my nerves get the best of me, stay focused and create magic — pure magic."

And, ultimately, it worked out for DeSpain, who was crowned the winner of the competition. 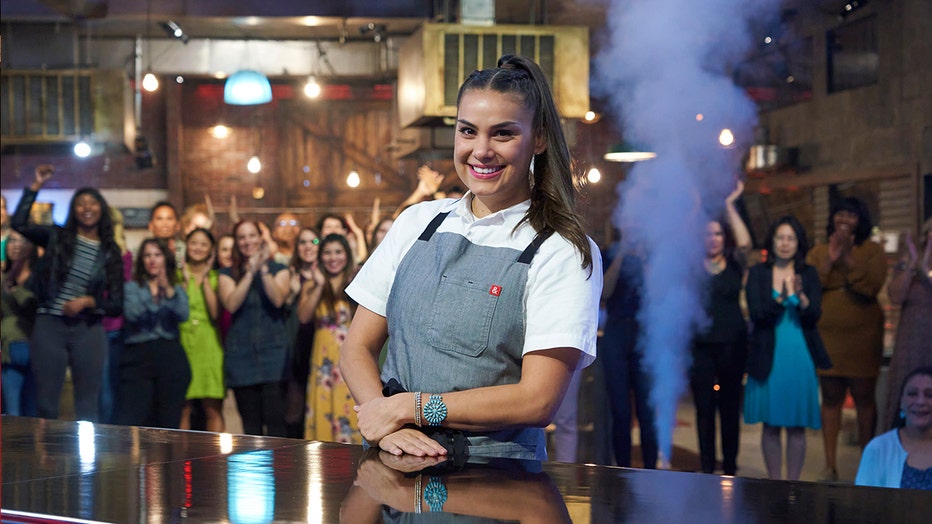 Throughout the season, DeSpain highlighted her Native American heritage and bold flavors and said her goal was to strengthen the voices of Indigenous people in the food industry.

"I put so much of myself into this, so it’s more than a competition for me," DeSpain said during the season.

"It still feels like a dream," she said. "It’s just so amazing to see how far I’ve come as a social media chef."

The show is now casting for future seasons. You can apply here.