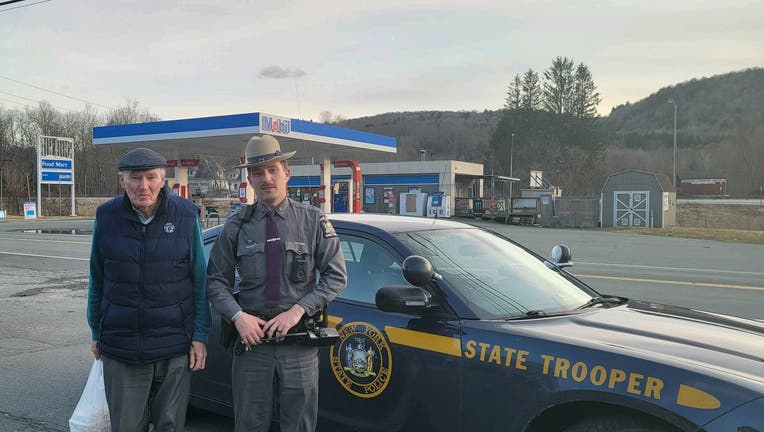 ROSCOE, N.Y. - A family traveling in New York had been driving for three hours before they left something important behind at a rest stop: their own relative.

The family had no idea they forgot their elderly relative until a New York State Trooper contacted them.

New York State Police said Trooper TJ Conklin was called to check on a man at the Whitney Point Rest Area off Interstate 81.

SUSPECT ARRESTED IN CONNECTION WITH SERIAL ATTACKS ON HOMELESS IN D.C., NEW YORK

Conklin learned the man's family accidentally left him behind after he stepped out of their car to stretch his legs. He was stranded without a wallet and phone.

Police said the family thought he was sleeping in the back seat, where he had left his jacket over some baggage.

Conklin reunited the man with family in Roscoe, New York, where they all had dinner at a local diner.