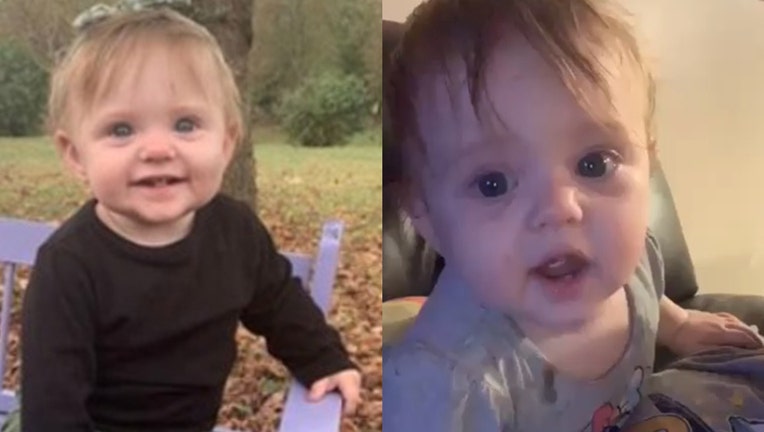 SULLIVAN COUNTY, Tenn. - The Tennessee Bureau of Investigation (TBI) has released a new video of 15-month-old Evelyn Mae Boswell who has not been seen by 'certain family members' for 2 months.

The video appears to be home movies of little Evelyn in the hopes that someone will recognize her and call authorities.

"Agents and detectives continue to work around the clock pursuing leads in an effort to find Evelyn," TBI wrote in an update on Facebook Sunday night. "As of this evening, the number of tips received in connection to the search stands at 375."

The agency also posted a video from their headquarters to answer questions about the case.

One question many social media users have asked is why it took so long for Evelyn to be reported missing when she was reportedly last seen on Dec. 26, 2019.

"We just don't know," TBI said. "That's what we are trying to determine through our ongoing investigative efforts."

They also said that Dec. 26 is the date listed as the time she was last seen. However, the agency says that Evelyn's mother, along with others connected to this case, have been giving some conflicting information.

RELATED: Authorities searching for vehicle in connection to Tennessee toddler missing for 2 months

TBI says while detectives are following up on leads, there are currently no active searches because they do not have definitive information regarding Evelyn's whereabouts.

An Amber Alert was issued for Evelyn after authorities say she was reported missing this month.

Anyone with information on her whereabouts is asked to call 1-800-TBI-FIND.