There is a new push in Orange County to make sure minority art organizations have better access to grant money.

ORANGE COUNTY, Fla. - There is a new push in Orange County to make sure minority art organizations have better access to grant money.

A new Diversity Equity and Inclusion Committee was created to address the issue, with county officials saying it was born out of the Black Lives Matter protests around the country in 2020.

"We had one of the rally protests here [that] was led by artists and it was about artists," said Terry Olson with the Orange County Arts and Cultural Affairs Office. "I think most everybody in our arts community locally said we need to do something where our eyes are being opened to even bigger than they were before to the issues."

"There is a disparity," said Beverly Page, President and CEO of Orlando Community Arts, Inc. She is also the author of Clare and the Chocolate Nutcracker, an ethnically diverse retelling of The Nutcracker. 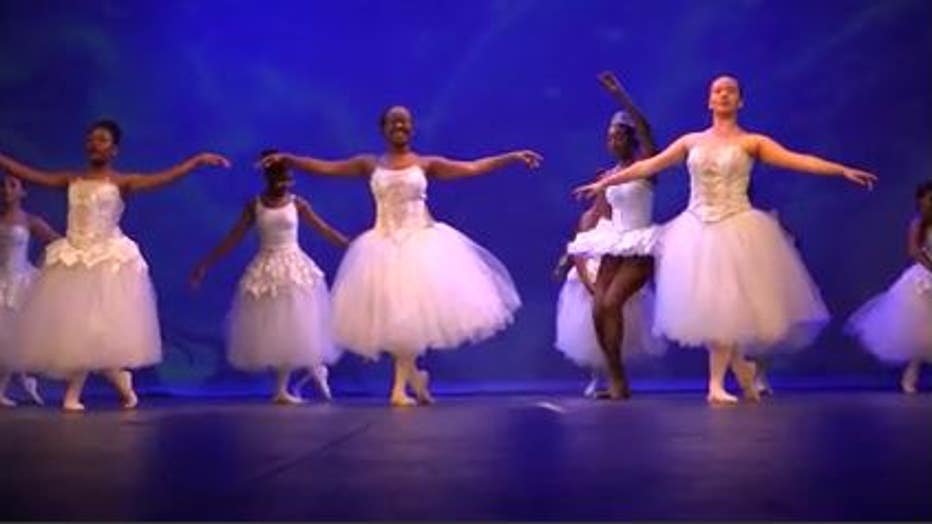 "There is a need for children of color to also have stories that they can also relate to and that they can feel like they have a voice and be part of the narrative," Page said.

She turned her book into a ballet performance and wants to take it back to the stage in December at the new, state-of-the-art Steinmetz Hall.

"I want the children and the African American community to know that the Steinmetz is there for us."

But she said it would cost at least $60,000 for rental and performance fees. Government grants and private donation money could help, but Page and her husband Earnest Page said as a minority arts grassroots organization, those are harder to come by.

"We know one organization, a ballet, that was given $100,000 and that same organization gave us $1,000," Earnest Page said. "Now the problem with that is this: when you perform at the Orlando Ballet, we all have to perform and meet the same stringent requirements, electrical, backdrops.. it’s all the same"

The Pages said minority art organizations do not get enough support to be sustainable and it is difficult to penetrate the complex grant market, which sometimes includes 40-page applications and providing years of budgets and financial projections.

"If you don't have the financial backing of family or community that can support you, it's harder to get going," Olson said. "You have to do that after work. And when you're doing it, part-time… you don't make as much progress as when you can do it full-time."

Olson said it takes money to develop an arts institution and historically, "white cultural institutions in our cities" [meant] "white folks had the ability to get loans and advance further and build equity."

The New Orange County Committee for Diversity Equity and Inclusion wants to look at the grant application process and outreach.

"I think our Diversity, Equity, and Inclusion Committee is going to look at how people are coming to that table. And although you can just say come... If it's not comfortable or the seats are too high or the table doesn't correspond to the people that we're inviting, the invitation is kind of moot."

Olson said the committee is part of Orange County’s Arts and Cultural Affairs Office, which awards millions of dollars in grant money every year, including to Black non-profit organizations like the Wells’Built Museum.

Olson said most recently though, only five of the 30 funded organizations had an emphasis on minorities, and "they received 11% of the total funding. Nearly all the others also had parts of their programming that would be relevant."

Olson said he thinks the committee will come up with solutions.

"I think the result will be that you'll see our arts community more reflective of our community as a whole."