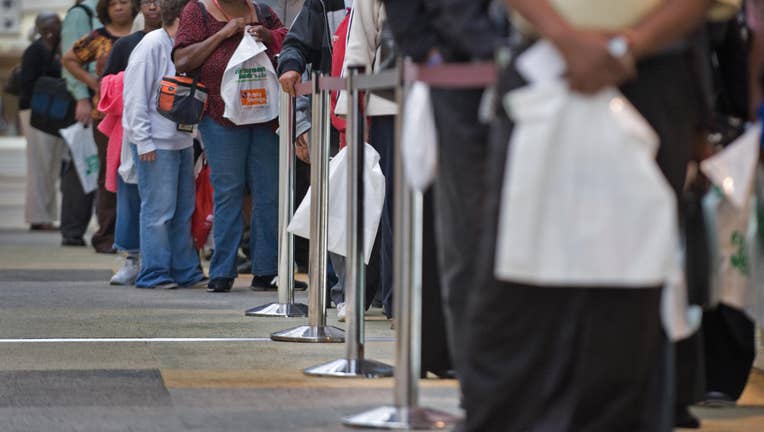 People seeking employment line up outside an employment guide job fair on September 17, 2009 at the Baltimore Convention Center in Baltimore, Maryland. Employers from various fields are attending the event in the hopes of recruiting new workers. New

ORLANDO, Fla. - The number of Floridians who filed new unemployment claims last week remained almost unchanged from the previous week, suggesting some stabilization in job losses as Florida businesses have started reopening after being closed to stop the spread of the new coronavirus, according to labor figures released Thursday.

The Florida Department of Economic Opportunity has received more than 2 million claims seeking unemployment benefits from Floridians, though only 1.6 million claims have been verified. Just under 1 million jobless workers in Florida have been paid more than $2.6 billion in benefits.

RELATED: Nearly 39 million have sought US jobless aid since the virus hit

Florida’s tourism industry has been hardest hit by the pandemic, with almost a quarter of the workers who have filed jobless claims coming from the accommodation and food service industries, according to the DEO.

Carnival Corp. said in a letter to state officials last week that it was laying off or furloughing 541 workers at the start of next month because of travel restrictions and extended closures of cruise ship ports.

“The decision to make these separations was very difficult and is the result of unforeseen business circumstances related to this global pandemic,” said chief human resources officer Bettina Deynes in the letter.