Orlando's Fire Station 9 is a brand new facility that will serve the western side of the city. It also includes upgrades that will serve firefighters of all genders, with individual suites for privacy.

Fire Station Nine serves the western part of Orlando, but it also includes upgrades that serves firefighter of all genders.

"So, now we have what we call individual suites where a person has complete privacy," Orlando Fire Chief Benjamin Barksdale said.

The fire station is nicknamed "Outpost Nine." It serves the Rosemont community.

Thirty firefighters will work from the station.

It has separate sleeping areas for each firefighter on duty. 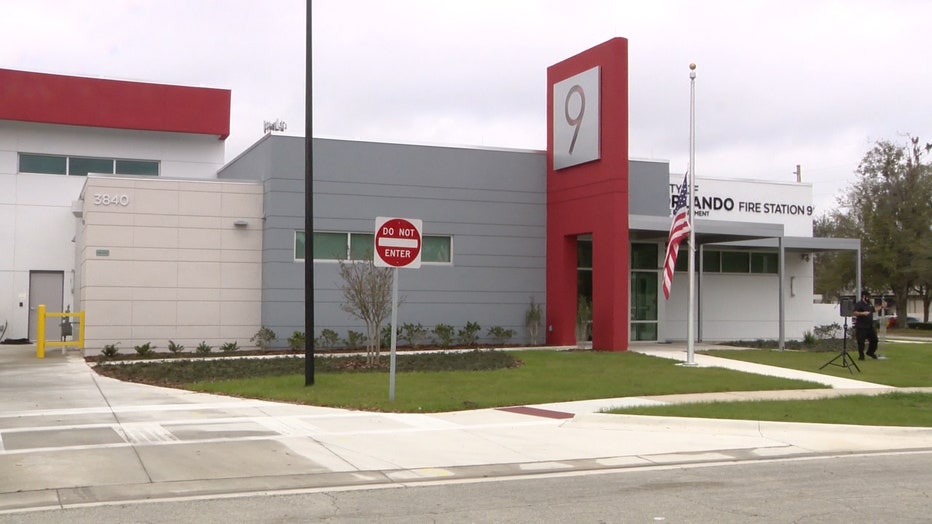 "They have everything that they need: their bed, their bedding, locker," Barksdale said.  "Everything kept in one room."

The department made these upgrades using recommendations from its Inclusivity and Equity Action Plan, which makes the 12,000 square foot building more friendly to female firefighters. There is also a room for them to nurse.

"The old south fire station was what we called a ‘community sleeping area’ and it provided no privacy at all and it was very challenging for women and other genders as well," Barksdale said.

The station also includes features to improve the overall health of the firefighters.

"Station Nine was also built with firefighters’ health and safety first and foremost and that includes decontamination rooms to keep hazards out of the living quarters and gym to promote healthy lifestyle for top performance," Mayor Buddy Dyer said.

The fire chief says the upgrades to Station Nine will also be featured in the next two fire stations, stations six and 11.