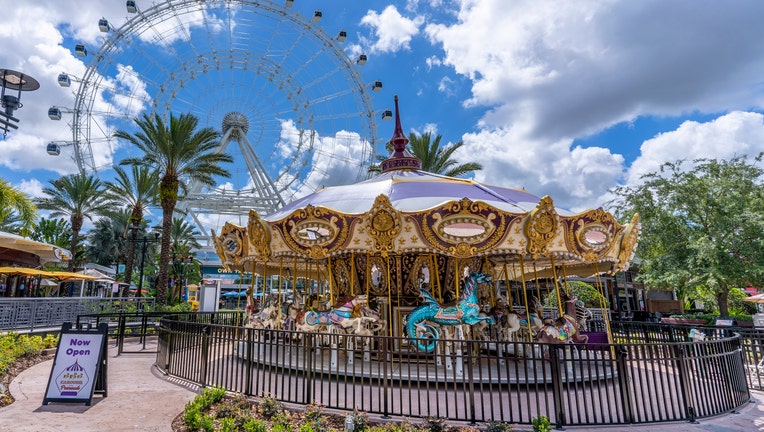 A view of "The Carousel on The Promenade," the latest attraction to open at ICON Park. Credit: ICON Park

ORLANDO, Fla. - There is a new attraction at ICON Park – a carousel.

The Carousel on The Promenade – the attraction's official name – recently opened at the amusement park in Orlando and features thirty figurines, including horses, reindeer, sea dragons, deer, and zebras. It is located near the park's food kiosks and restaurants.

It is the second attraction owned and operated by ICON Park, including The Wheel, which opened in 2015. Other attractions there, including Orlando FreeFall, Orlando Slingshot, Sea Life Aquarium, and Museum of Illusions are owned by other companies. (Orlando FreeFall is indefinitely closed, after a teen fell off the drop tower-style ride in March and died.)

Carousel admission is $5 per child. Adults can ride free when accompanying a child.