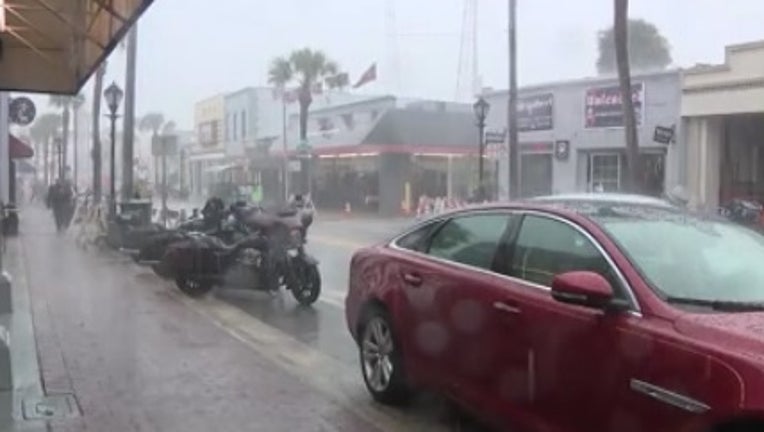 DAYTONA BEACH, Fla. - Day three of Biketoberfest got off to a gloomy start as rain from Tropical Storm Nestor moved through.

Weather keeps crowd away during Biketoberfest

Tropical Storm Nestor's rain kept bikers away from the festivities on Saturday.

The staple on Main Street was missing as motorcycles stayed off the streets as the rain poured down.

"This time yesterday we had this whole place lined up with bikes and vehicles coming up and down," said Michael Scocca.

Staring at empty streets, vendors and businesses hoped the clouds moved out so the crowds could move in.

"Oh, it hurts! Especially the girls and everybody because most of them work off of the tips," Scocca said.

But, people like Snyder tried to stay positive. The local left his bike at home, instead taking his pups on a cruise on a stroller.

"It’s still fun to be out here," he said. "And when you got kids to bring with you, it makes it even more funner."

"I understand it’s supposed to clear up. It’ll get stupid tonight. It always does," Seymour said.