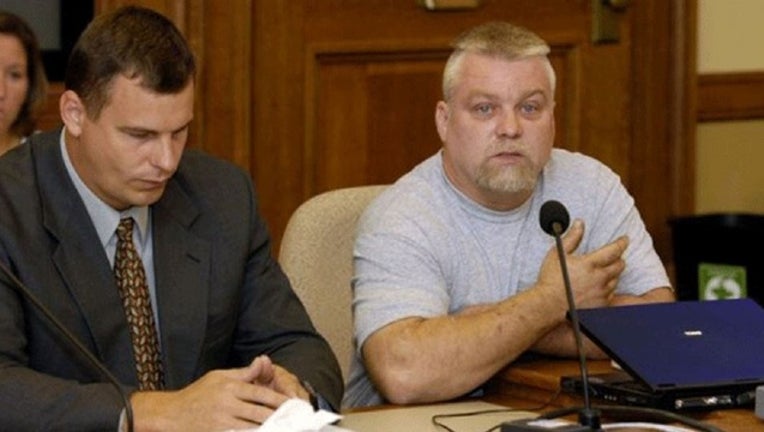 MADISON, Wis. (AP) - A man whose homicide conviction was overturned in a case profiled in the Netflix series "Making a Murderer" could be celebrating Thanksgiving at home with his family in Wisconsin after a judge Monday ordered him released from prison.

Brendan Dassey's release was ordered by U.S. Magistrate Judge William Duffin even as prosecutors appeal the judge's earlier ruling overturning Dassey's conviction. It's not clear how quickly Dassey will be released. He faces a Tuesday deadline to provide information on where he will live and federal probation officers must also inspect the site before he is released. Wisconsin Attorney General Brad Schimel promised to file an emergency motion in the 7th U.S. Circuit Court of Appeals to keep Dassey behind bars.

Duffin ruled in August that investigators tricked Dassey into confessing he helped his uncle, Steven Avery, rape, kill and mutilate photographer Teresa Halbach at the Avery family salvage yard in Manitowoc County in 2005. Investigators allege Avery lured her there by asking her to take photos of a minivan.

The state has appealed that ruling and argued Dassey should remain in prison while it was pending.

Dassey was convicted of first-degree intentional homicide, second-degree sexual assault and mutilating a corpse. He was sentenced to life in prison in 2007. Court documents describe Dassey as a slow learner who had poor grades and has difficulty understanding language and speaking.

In his August ruling, Duffin said investigators made specific promises of leniency to Dassey and that no "fair-minded jurists could disagree." Schimel, in his appeal, said investigators didn't promise leniency and they specifically told Dassey that no promises could be made.

Attorneys are in the process of filing legal briefs in the appeal, which is expected to be argued sometime next year.

State prosecutors argued that in the meantime, Dassey should remain in prison because he's a serious threat to public safety. But Duffin in ordering Dassey set free cited his "exceedingly benign" prison disciplinary record and the fact that he had no convictions before the Halbach case.

The judge ordered Dassey released as soon as the federal probation office approved where he was going to live and "completed whatever additional investigation it deems necessary." Dassey's attorney, Steve Drizin, said he didn't know how long that would take but he hoped Dassey would be free by Thanksgiving, which was just 10 days away.

"That's what I'm focused on right now, getting him home, getting him with his family and then helping him to re-integrate back into society while his appeal plays out," Drizin said.

Dassey had until noon Tuesday to provide the federal probation and parole office with the address of where he plans to live. Drizin would not say exactly where Dassey would be living.

Given that his family lives in northeast Wisconsin, there is little chance Dassey will try to flee, the judge said. Under the judge's order, Dassey would be forbidden from having contact with Avery or Halbach's family.

Dassey's attorneys filed a motion seeking his release in September after Duffin overturned his conviction. That filing said Dassey had developed a plan with a social worker that calls for him to live initially with his mother in a family-owned trailer in rural northeastern Wisconsin about 100 miles from Manitowoc, arguing that would minimize the disruption for the community, Dassey and the Halbach family.

The plan calls for Dassey to later relocate to an apartment in Brown County that his mother and stepfather would rent for him. He would then start participating in educational and job training.

Dassey would have to meet numerous other conditions, including reporting to a probation officer, not owning a gun or other weapon, being available for home visits and getting approval before moving. Any travel outside of eastern Wisconsin would have to be approved by the court and Dassey could not get a passport.

Avery was convicted in a separate trial and was also sentenced to life in prison. He's pursuing his own appeal.

Their cases gained national attention after Netflix aired "Making a Murderer" last year. The series spawned widespread conjecture about the pair's innocence. Authorities who worked on the cases said the series was biased, but it generated calls from the public to free both men.

This story has been corrected to reflect that Dassey is in state prison instead of federal prison.