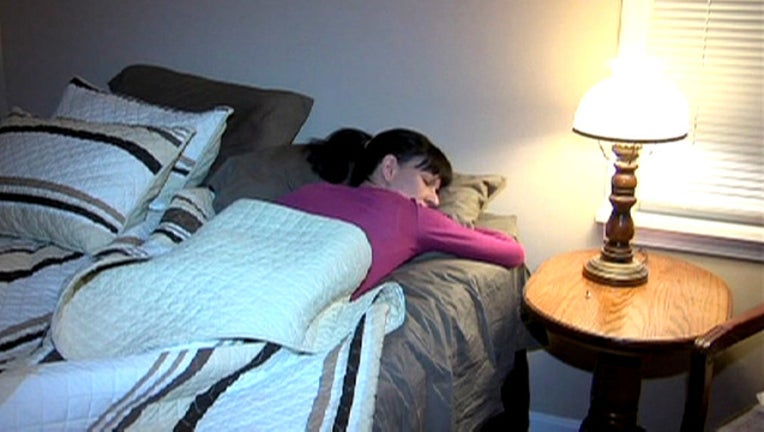 FOX NEWS - Having trouble sleeping lately? Maybe you're one of the many Americans who would sacrifice a chunk of their salary in the name of perfect sleep.

A new study found that nearly half of Americans (43 percent) would take a 10 percent pay cut for just one perfect night of sleep.

The survey of 2,000 Americans aimed to discover the sleeping habits of the country and found that Americans are a tired bunch, as the average respondent will go a full five days between good nights of sleep.

The average American surveyed also wakes up feeling sluggish and weary three mornings every week, with one-third of respondents saying it's more days than that.

The statistic emerged in a new survey, conducted by OnePoll on behalf of Slumber Cloud, undoubtedly showed that Americans could use a little bit more shut-eye, with the average respondent spending nearly 20 hours a week daydreaming about being in their bed.

Funnily enough, more than half of Americans (53 percent) wish they could just shut down and hibernate for six months in order to get back on track with their sleep.

The survey also found that the average respondent says they only get five hours and 43 minutes of solid sleep a night – nearly two and a half shy of that recommended eight.

That leads the average American to spend five waking hours just feeling tired each and every day. So tired, in fact, that the average respondent spends about $52 every month on things such as coffee and energy drinks just to stay alert.

But even though they're tired, getting to sleep is no easy task. The average American admits to spending around $48 a month on sleep aids, whether it's over the counter medicine or a hot mug of tea.

"Instead of investing in items that treat the symptoms of a poor night's sleep, invest in items that will prevent them," said Katie Mellott of Slumber Cloud.

According to the survey, the top sign you got a bad night sleep is if you catch yourself yawning all morning (48 percent), with a constant cranky mood (35 percent) and hitting the snooze button more than once (35 percent) also scoring high marks.

And getting a bad night of sleep can affect more than just how we feel, too.

According to the survey, the average respondent is late to work five times a month due to lack of quality rest.

The average American surveyed also says their lack of sleep is the direct cause of six mistakes at work and five fights/arguments with their partner each month.

"Ask yourself what your sleep is worth — is it worth the mistakes and arguments? Say goodnight to these symptoms for good by addressing the root of your bad night's sleep through long-term solutions," continued Mellott. "Your snooze button and loved ones will thank you for it."