Search underway for suspect after body of Titusville woman found in trunk of car, police say

A search is underway for a woman detectives believe may have something to do with the death of a missing Titusville woman.

TITUSVILLE, Fla. - A search is underway for a woman detectives believe may have something to do with the death of a missing Titusville woman.

The body of 36-year-old Anna Primavere was located on Wednesday inside the trunk of a vehicle belonging to a suspect in that case, according to authorities.  Investigators are now looking for Courtney Dawn Gibson, 27, who was last seen in Lebanon, Tennessee on Feb. 23.

Primavere had been missing since last Friday.

"The body was discovered late today by law enforcement in Lebanon, Tennessee, based on a search warrant obtained with evidence presented by Titusville Police," said Deputy Chief T. Hutchinson with Titusville Police Department. 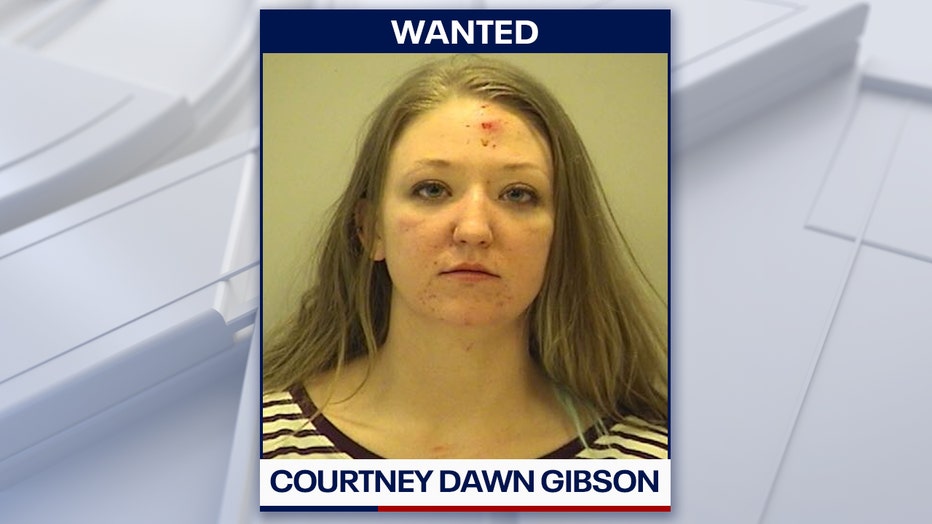 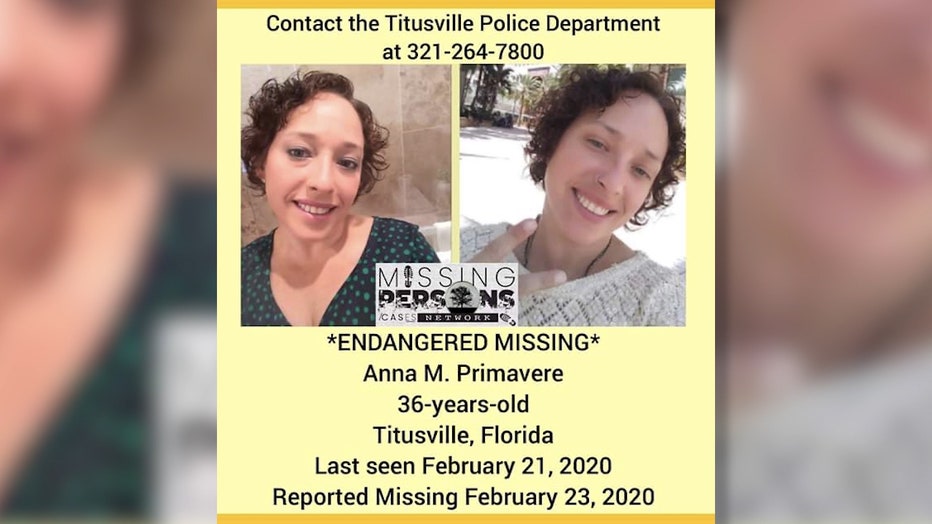 Primavere was last seen on Friday around 5:45 p.m. in the area of Knox McRae Drive and Barna Avenue.  On Tuesday, Titusville police detectives said they were highly concerned about Primavere's well-being after their investigation revealed alarming circumstances and physical evidence. They reportedly obtained a search warrant for the room she was renting, at 4005 Trinidad Avenue. With what they found, they said that she may have been harmed inside the home.

Investigators said Gibson was a babysitter hired by the landlord at that same address to care for his child.  They said Gibson was staying in the residence and left the state the night of Anna's disappearance.

Detectives believe one of the motives in the victim's murder may have been that she raised concerns that a child was being abused and she confronted Gibson about it.

"Gibson was captured on a Ring doorbell video driving away from the area of Trinidad Ave. early Saturday morning with a mattress on the roof of her car, a Red Kia Forte," Hutchinson added.

Police in Tennessee were able to locate Gibson at her parent’s home on Sunday.  Authorities said she refused to cooperate and would not let Police search her vehicle.

"Our detectives began working in partnership with Lebanon Police on obtaining a search warrant for the vehicle, which was obtained today [Wednesday]," Hutchinson added.  "We believe the victim was likely killed in a violent manner in the home between 7 p.m. and midnight on Friday, February 21st."

Anyone with information on Gibson's whereabouts is urged to call the Titusville Police Department at (321) 264-7800 or can remain anonymous and be eligible for a reward by calling Crimeline at 1-800-423-TIPS (8477).