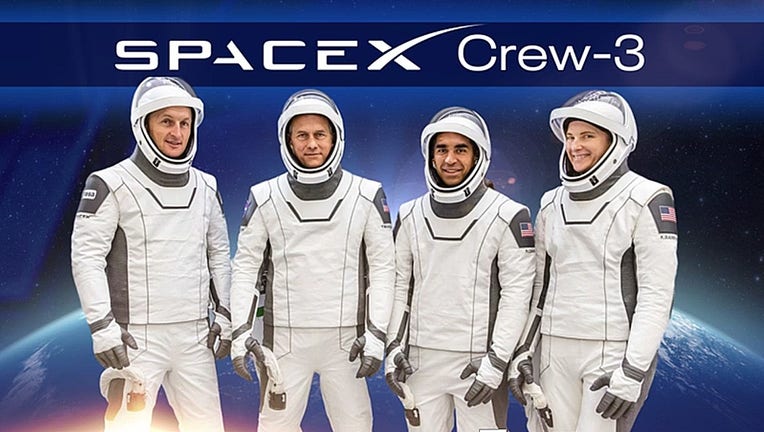 CAPE CANAVERAL, Fla. - NASA has announced another delay in its upcoming launch of the agency's Crew-3 SpaceX mission.

The launch was originally scheduled for the morning hours of Oct. 31 but it was moved then moved to Nov. 3 due to weather concerns.  On Monday, NASA announced it would push the launch to Nov. 6 due to a "minor medical issue" involving one of its crew members.  The medical emergency was not related to COVID-19, according to NASA officials.

On Thursday, the space agency said it was once again pushing the launch. Mission teams now are considering whether to return the agency’s SpaceX Crew-2 mission from the space station ahead of launching the next crew rotation due to the associated weather considerations for both launch and recovery operations.

The earliest possible opportunity for Crew-2 undocking from the space station is at 1:05 p.m. EST Sunday, Nov. 7, to begin the return trip to Earth for splashdown off the coast of Florida. A backup undocking opportunity also is available Monday, Nov. 8.

"Mission teams will make a final decision on whether to prioritize Crew-3’s launch or Crew-2’s return in the coming days based on the likelihood of favorable conditions for a Crew Dragon splashdown or Crew Dragon launch," NASA said.