The Anne Arundel County Police Department says Kevin Barnes, who appeared on the show "Making the Band 2" and goes by the name "Chopper," was arrested on a Las Vegas warrant on April 14.

Detectives believe Barnes, 37, used his large social media following to recruit women to be sex workers. They think there may be local victims.

Barnes starred on MTV's "Making the Band 2" for three seasons. He was selected by hip hop mogul Sean "Diddy" Combs to be a part of the group Da Band, and was signed to Combs' Bad Boy Records.

Authorities are asking for anyone who was contacted by Barnes to become a sex worker to call the Anne Arundel Police TipLine at 410-22-4700.

Barnes is currently being held at the Clark County Detention Center in Las Vegas. 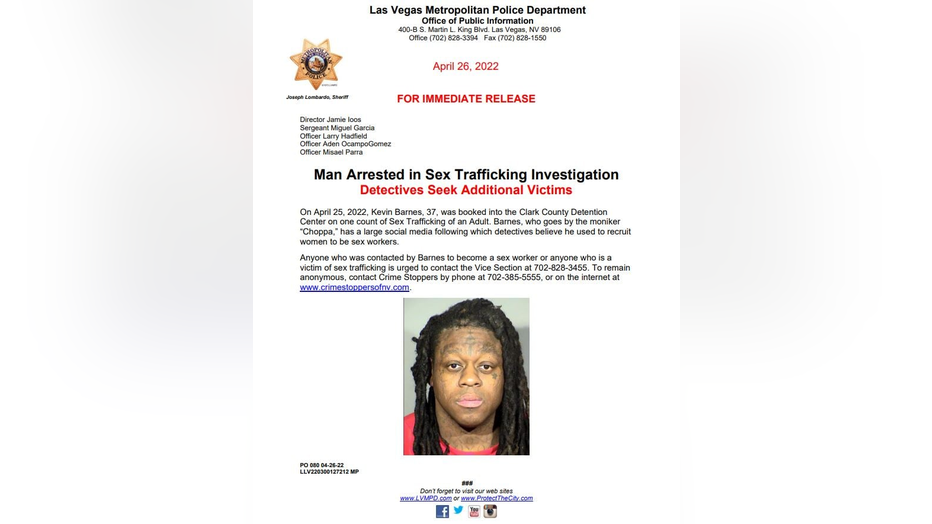