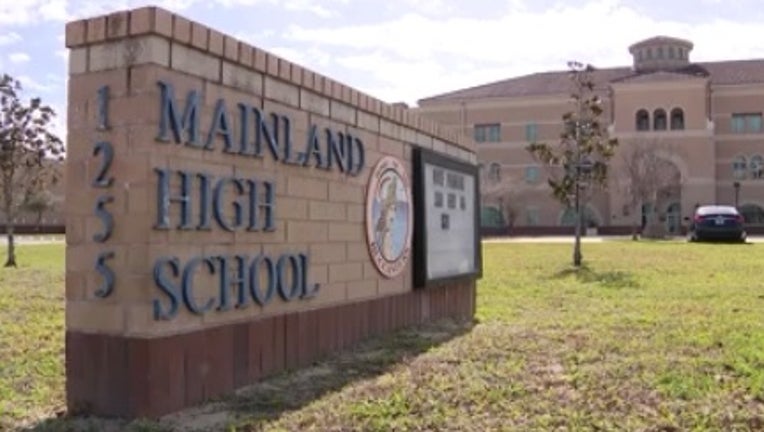 DAYTONA BEACH, Fla. - Daytona Beach police say Zytavious McLeod, 16, posted a message on social media that sparked panic, after fireworks went off at Daytona Beach's Mainland High School on Thursday, scaring students into thinking there was a shooter on campus.

Police say McLeod posted on Instagram after the incident that the fireworks scare “was a test to see how long it took the police to arrive." The teen's mother, Bridgette McLeod, said it wasn't a threat, but a warning from a concerned young man.

“What he was posting was to warn his friends,” she said. “If you knew Zeke, he's a very caring kid.”

Talking exclusively with FOX 35 News after her son's first court appearance, she claims the fireworks incident traumatized her son when it happened. “The fear from the firecrackers, which they didn't know was firecrackers at that time, he thought it was real shots,” she said.

Three other students were arrested for setting off the fireworks.

“I believe he said it was a joke. I think he tried to lie first, say a female did it. Then he confessed to it,” he said.

Capri said all the young man did was spread panic.

“You do an injustice by doing that, you send fear into people that don't need to be scared,” he said.

McLeod's mother said that despite her son not having any history of problems, the judge denied him bond. She says her son never wanted to hurt anyone.

“He thought he was doing something good, and it got turned around to a bad thing,” she said.

McLeod is charged with threatening to kill, do bodily injury, or conduct a mass shooting.