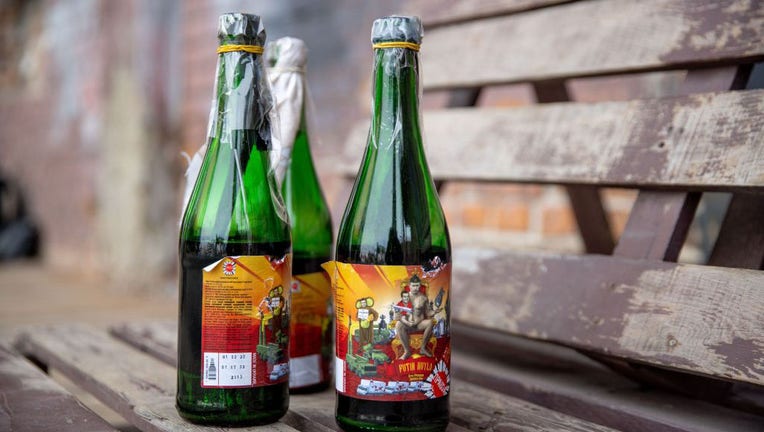 Molotov cocktails made at a brewery in Lviv, Ukraine, on March 1, 2022. Photographer: Ethan Swope/Bloomberg via Getty Images

A Ukrainian brewery is mixing up Molotov cocktails instead of beer as war with Russia reaches a boiling point.

Brewery owner Yuri Zastavny told "America’s Newsroom" Monday that he and his staff decided to use their own "chemical skills," supplies and labor to contribute to the fight instead of standing idly by.

"Once we understand what can come through beer -- because it’s no time for beer, we need to get other things sorted out – we decided to make Molotov cocktails because we can use bottles, we can use the people, and it was a grassroots idea."

Zastavny’s brewery is based in Lviv, Ukraine, which he described as a "safe haven" for Ukrainians who escaped bombings in other areas. He explained that over the last few decades, Ukraine has frequently used Molotov cocktails during other uprisings such as protests in 2014 and 2015, so the Ukrainian public is familiar with their construction. 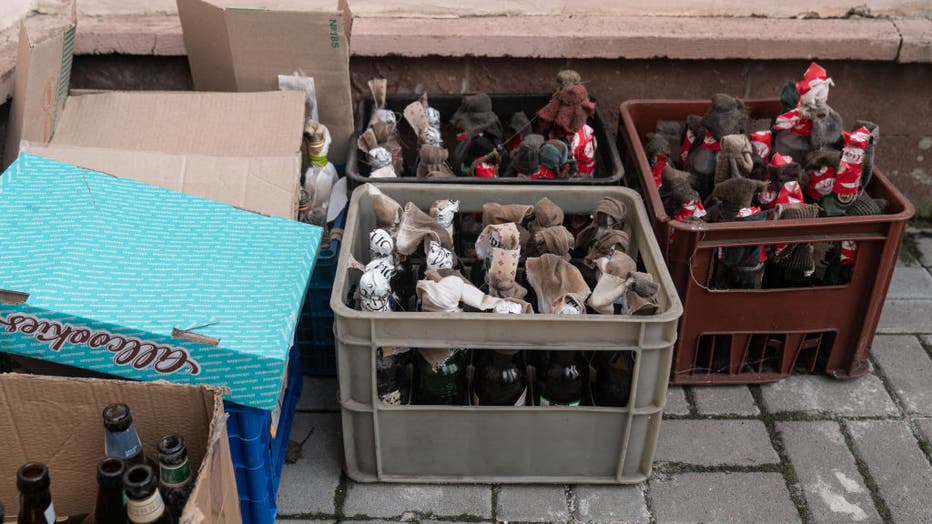 IVANO-FRANKIVSK, UKRAINE - MARCH 1: Molotov cocktails are seen on the street on March 1, 2022 in Ivano-Frankivsk, Ukraine. (Photo by Alexey Furman/Getty Images)

The business owner reveled in the willingness of his fellow Ukrainians to help across all expertise and specialties – from IT to brewing -- for the greater purpose of defending their country.

"That’s exactly the spirit," he said. "If you can brew, then you can make Molotov cocktails. And we are not very selective in bottles. So if you have bottles even from… brewers or wine or water or whatever, it all goes to a good purpose."

A massive convoy of Russian soldiers is only a few miles outside of the Ukraine capital of Kyiv on the sixth day of Russia's invasion. Russian military forces also conducted numerous missile strikes in Kharkiv leaving rubble and destruction.

Zastavny is keeping that same spirit alive, predicting that Ukraine will be able to end the war victorious.

"I have absolutely no doubt that we win," he said. "We’re already winning because we already disrupted the plans of the crazy dictator. And we will continue to do it because they’re not facing only the Ukrainian Army but they are facing the army of 40 million people prepared to fight every step."