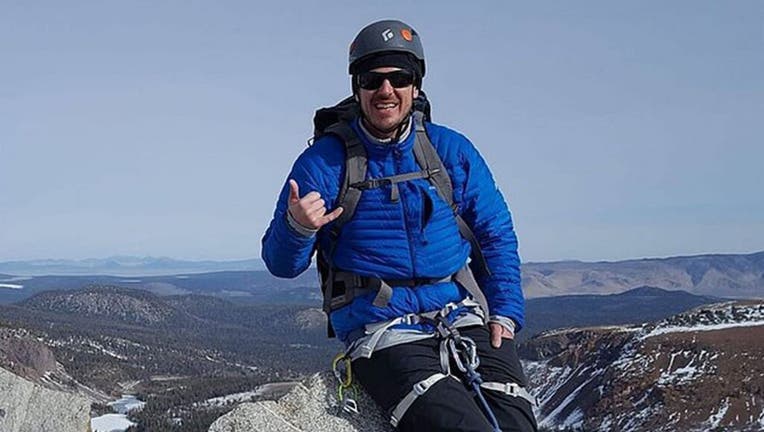 INYO COUNTY, Calif. - A missing hiker from Huntington Beach, California, was found dead on Thursday at the top of the Darwin glacier in the Inyo National Forest following a nearly weeklong search.

The body of Alan Stringer, 40, was found around 2:30 p.m. just below Mount Darwin, according to a Facebook post by the Inyo County Sheriff's Office. His wife, who has yet to be named, is currently 37 weeks pregnant with their first child.

"A good friend of ours tragically lost her husband this week, and she is 37 weeks pregnant with their first baby. We’d like to gather baby and mama essentials for her so she doesn’t have to worry for the first year," a GoFundMe page created for their family said.

"Sequoia and Kings National Park located Alan Stringer deceased at the top of the Darwin Glacier, near the base of the notch to go up Mount Darwin. Sequoia and Kings will be conducting the investigation and recovery," it said.

He was reported missing on Monday evening after going for a hike near the Bishop area on Sunday but not returning. Cellphone activity on his phone revealed only one call early in the morning on Sunday before his planned hike.

Rescue efforts were supported by Inyo Search and Rescue, which used aerial support with night vision to assist the teams on the ground.

Stringer was described as an experienced hiker who loved the outdoors, although he didn't disclose his hiking plans or routes he was going to take.

MORE NEWS: Car seats in Italy must have alarms so kids aren’t forgotten

"He recently purchased an ice ax and crampons, and participated in mountaineering training courses. Stringer was equipped for day-hiking only; he had an InReach device that he hiked with, but it was never activated," the Facebook post said.

Temperatures dropped well below freezing last week in the high elevation of the trails at North Lake, near where his vehicle was spotted, according to KTLA.

A cause of death has not been released.

"We are heartbroken, and we just want to help his wife, family, and unborn baby girl," the GoFundMe page said.