TEMPERANCE, Mich. (FOX 2) - A man was sentenced to life in prison Thursday in connection with the murder and beheading of his step-grandmother last year.

Kenny Wayne McBride, 45, of Temperance, was sentenced to life without parole on a first-degree murder charge and 114-480 months in prison for dead bodies – disinterment and mutilation.

Cecilia Gibson, 79, was murdered Feb. 16, 2020, in her Temperance home, where she lived with her son, Kenneth Reece. McBride had also been living there for about six weeks.

Reece, who is McBride's father, said he last saw his mother alive the afternoon his mother was murdered. When he got home from work early the next day, he said he saw a body and blood in the living room and called 911.

McBride was home and said he didn't know what happened. 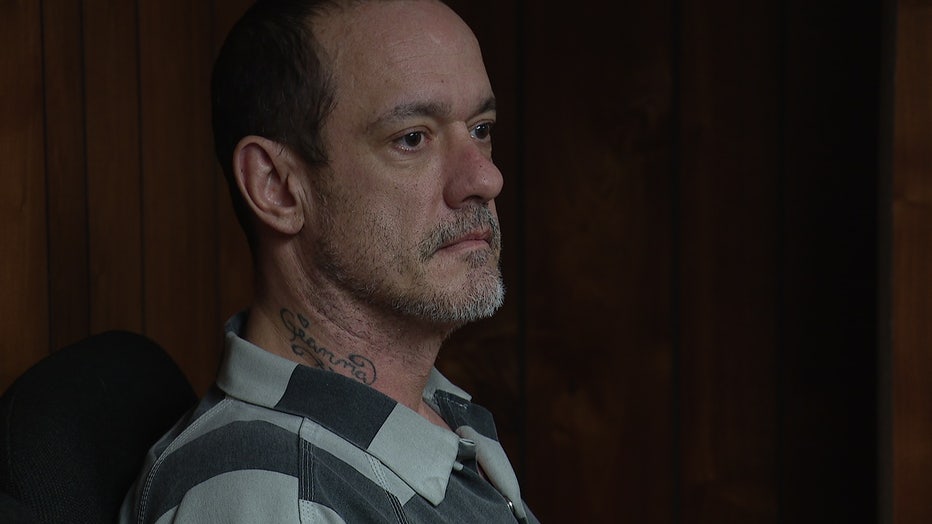 McBride claimed during testimony that Gibson may have been killed by someone he owed money to, but Assistant Prosecuting Attorney Allison Arnold debunked that claim. She said that McBride never mentioned that before and noted that if a different person had killed Gibson, they wouldn't have entered the home with four cars in the driveway. She added that they wouldn't have beat her with a piggy bank and baby gate nor decapitate her, all while McBride was in the home.

When authorities arrived, they found Gibson's body, which showed signs of a violent struggle. She had been beheaded and her head was found outside the house.

According to authorities, a fight over McBride's children led to him beating Gibson with a ceramic piggy bank and a metal child-gate. She was struck at least 19 times. He then used three knives to cut off her head, walked the head through the house, and threw it outside. Authorities said the head was near where Reece parked when he got home, but he did not see it.

McBride’s bloody jeans, DNA, cellular telephone records, and fingerprint evidence helped link him to the murder. He had injuries to his hands and head that reflected a physical struggle. He claimed that the injuries were from fixing his car, but evidence showed that he had paid someone to replace his car battery earlier in the day.

"This gruesome case presented some challenging evidentiary issues, but the efforts of the Monroe County Sheriff’s Office and hundreds of hours of diligent and outstanding work by Assistant Prosecuting Attorneys Allison Arnold and Leah Hubbard helped secure this conviction." said prosecuting attorney Michael Roehrig. "It is difficult to imagine the hatred that must have driven the defendant to commit such a brutal and horrifying murder. The jury’s verdict and the resulting sentence are just. The community can rest a little easier knowing that McBride will spend the rest of his life in prison."

Another son of Gibson, Billy Jo Gibson, spoke during McBride's sentencing, saying that he hopes McBride "spends the rest of his life suffering like the rest of us have."

Download the FOX 2 Detroit app for iPhone and Android.