Wilkinson has been charged for torturing and killing Habs after the dog was found in a Saginaw County ditch duct-taped and shot to death. It turns out, Habs was left there in September.

SOUTHFIELD, Mich. (FOX 2) - A Michigan sheriff's deputy and corrections officer has been arrested and charged leave after the sheriff's office said he shot and killed his rescue dog and then dumped him in a ditch, all because the dog nipped him while he clipped his nails.

At the Humane Society of Macomb, Rachel Gentz said the dog, named Habs, was a special pup.

Last year, the Detroit stray was chosen by Blue Star Service Dogs to be trained by inmates to become a therapy dog for veterans. Unfortunately, Habs was just too friendly for the program.

"He just radiated happiness wherever he went," Gentz said. "He walked into a room and just lit it up."

After failing to graduate, he was adopted by Jacob Wilkinson, who was a corrections officer in Saginaw at the time. That was a year ago.

Now, in the spring of 2022, Wilkinson has been charged for torturing and killing Habs after the dog was found in a Saginaw County ditch duct-taped and shot to death. It turns out, Habs was left there in September.

The reason for the torture? Wilkinson said he was clipping Habs' nails when the dog nipped at him.

"There is absolutely no reason for anyone to do this – dogs have feelings just like we do," Gentz said."He then went to find duct tape. Duct taped on his legs and mouth, put him in the trunk, drove him to the middle of nowhere and put 3 bullets in his head."

Earlier this month, Wilkinson was arrested and charged. At the time, he was a deputy with Genesee County. Sheriff Chris Swanson said this is a reflection of how Wilkinson would treat people, too.

"If you are going to hurt, abuse, neglect, beat, kill, torture an animal – you're going to do it to a person," Swanson said.

Wilkinson passed a psych exam and had only been on the force for 42 days before he was arrested.

"What leaders have to do is respond and respond quickly," Swanson said. "He was terminated on the spot, served papers the next day and done."

Gentz said she couldn't believe what happened and said Wilkinson could have just surrendered the beloved pup.

"There was so many other options he had," she said. "It's just disgusting and cold." 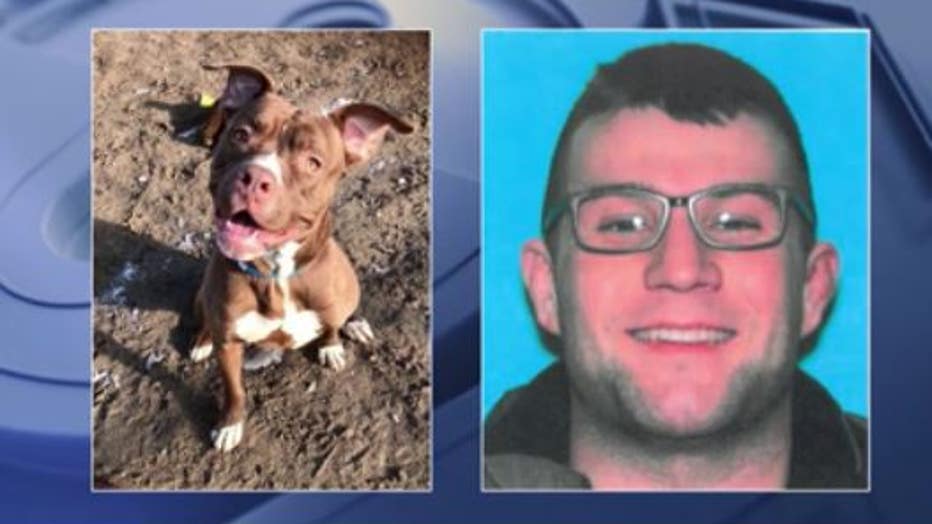