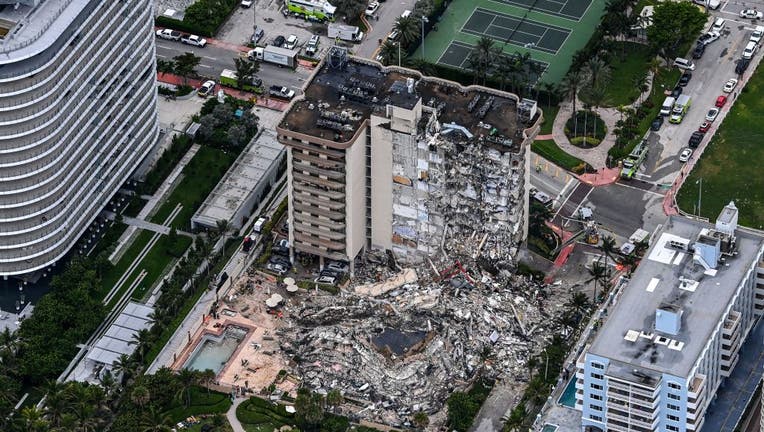 FILE- This aerial view shows search and rescue personnel working on site after the partial collapse of the Champlain Towers South in Surfside, north of Miami Beach, on June 24, 2021. (Photo by CHANDAN KHANNA/AFP via Getty Images)

MIAMI - Residents of a Miami Beach building on the same street where a condominium collapse killed nearly 100 people were forced to evacuate on Thursday evening after officials determined the structure was unsafe and gave orders to leave.

Miami Beach spokesperson Melissa Berthier said around 4 p.m. Thursday that the city planned to post an unsafe structure notice and order residents of the 14-story Port Royale building to vacate immediately. Around 5 p.m., the condo board sent residents a mandatory notice to vacate by 7 p.m., the Miami Herald reported. 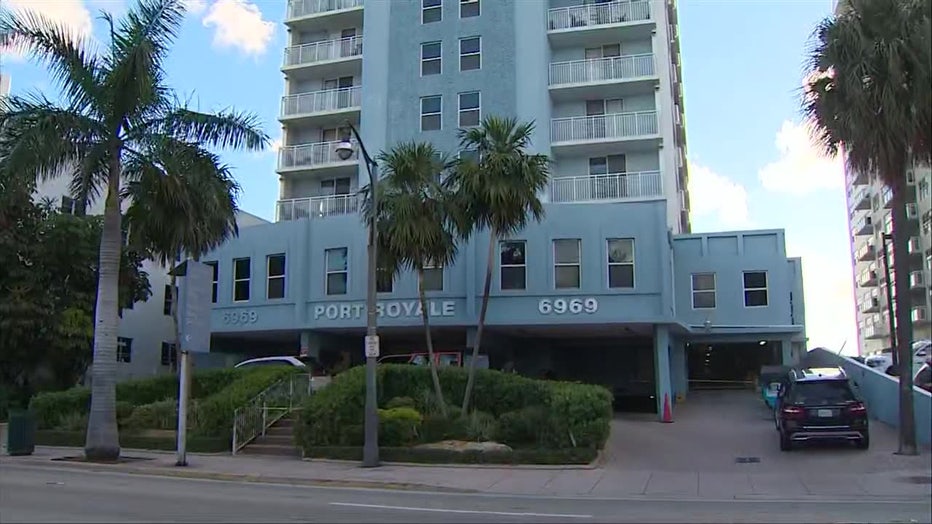 Residents of the Port Royale said city of Miami Beach officials informed them Wednesday that the building would need to be evacuated, but the notice to leave immediately was not delivered until Thursday, WPLG-TV reported.

A report from the building's structural engineer prompted the evacuation notice of the 164-unit structure at 6969 Collins Avenue, which is in the process of undergoing a 50-year recertification. 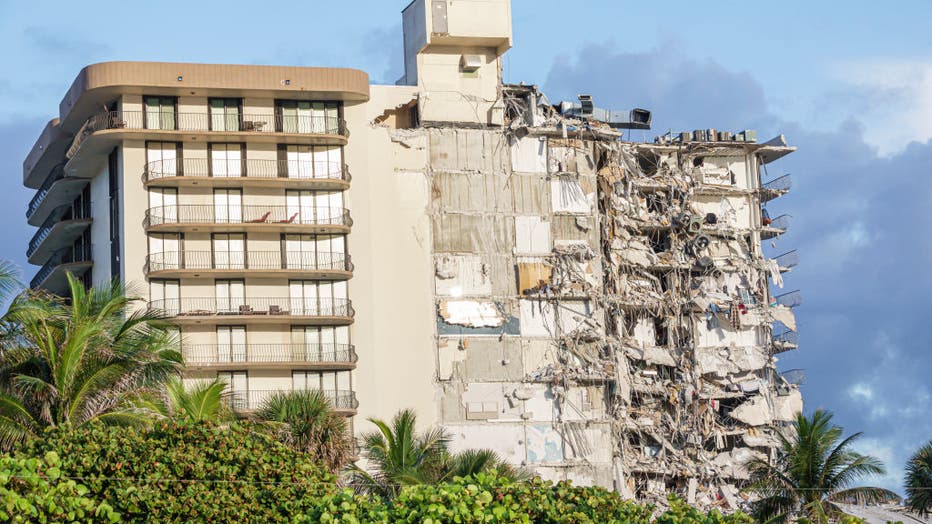 The site of the Champlain Towers South condo building in Surfside, Florida, that collapsed in June 2021 and killed 98 people is also on Collins Avenue, about 1.3 miles from the Port Royale.

The disaster at the 12-story oceanfront condo building in Surfside drew the largest non-hurricane emergency response in Florida history, including rescue crews from across the U.S. and as far away as Israel to help local teams search for victims.

Newly-released body camera video from first responders show the panic and confusion in the minutes after the Surfside condo collapse on June 24.

Engineers have recommended additional "shoring" to reinforce areas needing repair to be installed in the Port Royale's garage to support a damaged beam. Officials said they expected the reinforcement to be in place within 10 days, the Miami Herald reported.