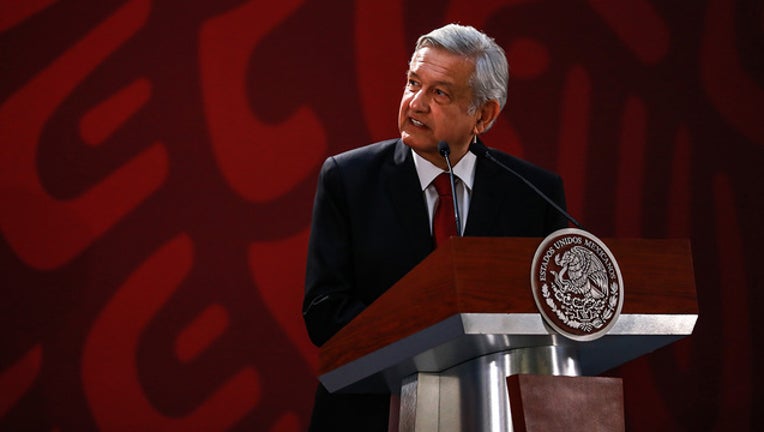 MEXICO CITY - Mexico's President Andres Manuel Lopez Obrador is drawing criticism Tuesday for saying he will not attend the upcoming G20 summit where the leaders of the top global economies will meet.

In a press conference on Tuesday, Obrador said he did not want to be drawn into a "direct confrontation over a growing trading war, which I do not agree with," and instead would send Foreign Minister Marcelo Ebrard and Finance Minister Carlos Urzua, along with a letter to the meeting that "will address the inequality in the world."

When asked if attending the G20 summit would make better sense and be a better venue for the Mexican president to stand up for the country's values and ideals against aggressions from President Donald Trump and his administration, Obrador said Mexico would be well represented at the meeting and that differences between the U.S. and Mexico could be settled outside the G20 summit.

At Tuesday's press conference, Obrador also said his administration is in talks with White House officials regarding the 5 percent tariff on all Mexican imports that Trump announced he would slap on the Latin American country in response to a surge of Central American migrants trying to cross the border, and is confident they would come to an agreement before the June 10 deadline.

FOX 11 reported on this story from Los Angeles