SAN DIEGO, Calif. - Officials with the U.S. Customs and Border Protection say their officers found meth that was disguised as onions during a drug bust at a California border crossing.

According to a statement released on Feb. 25, the bust was made on the afternoon of Feb. 20, when CBP officers encountered a tractor trailer driver with an onion shipment. That driver was referred for a more intensive examination, and during that examination, a detector dog was alerted to the shipment.

The meth seized, according to CBP officials, have an estimated street value of about $2.9 million.

"This was not only a clever attempt to try and smuggle in narcotics, one I haven’t seen before, but also time consuming to wrap narcotics into these small packages, designed to look like onions," said Sidney Aki, CBP Director of Field Operations in San Diego, in the statement.

The driver, identified as a 46-year-old Mexican citizen by CBP officials, was arrested for the alleged smuggling attempt, and turned over to U.S. Immigration and Customs Enforcement. 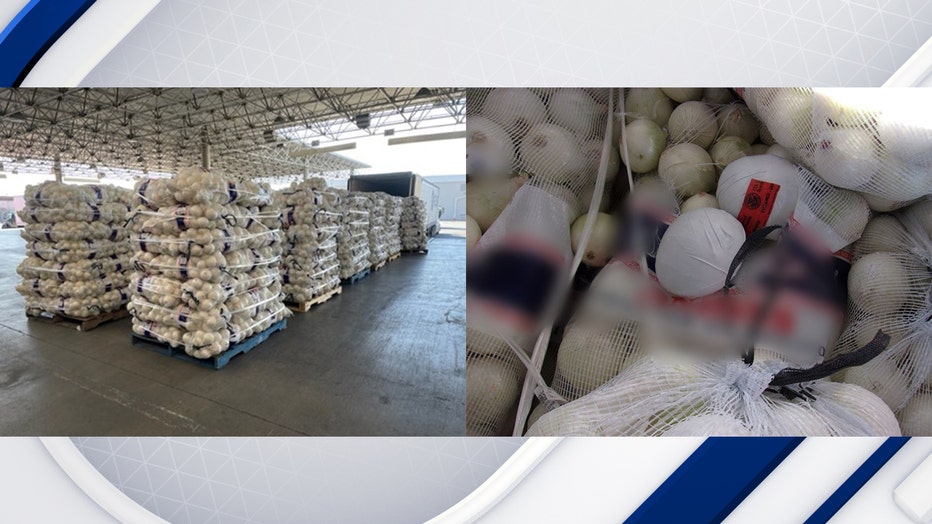