Merrick Garland accuses Chinese nationals of trying to influence US

WASHINGTON - Two men suspected of being Chinese intelligence officers have been charged with attempting to obstruct the U.S. criminal investigation and prosecution of Chinese tech giant Huawei, according to court documents unsealed Monday.

The cases were announced at a news conference that featured the heads of both the FBI and the Justice Department, a rare joint presence reflecting a concerted American show of force against Chinese intelligence efforts. Washington has long accused Beijing of meddling in U.S. political affairs and stealing secrets and intellectual property.

Eleven other Chinese have been charged with various offenses in cases, including harassment of individuals in the U.S., that FBI Director Christopher Wray said show that China’s "economic assaults and their rights violations are part of the same problem." 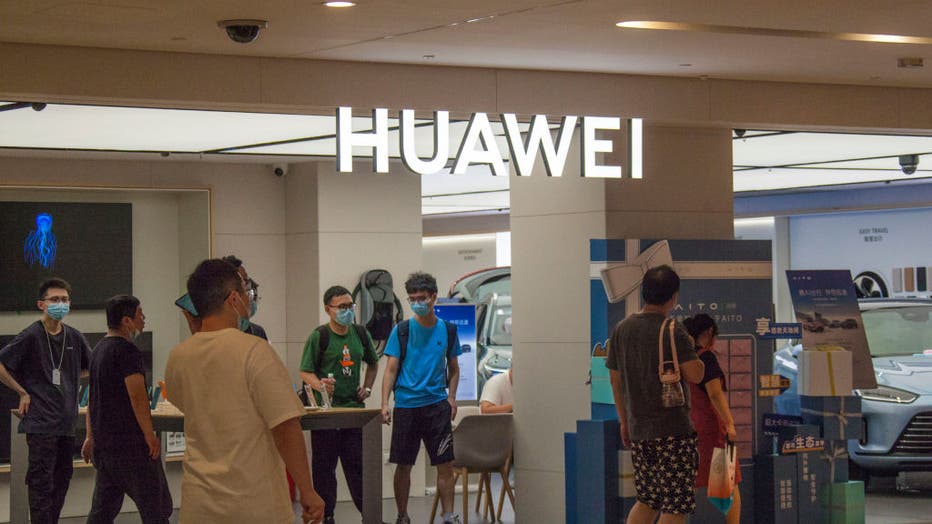 The two men in the Huawei case, Guochun He and Zheng Wang, are accused of trying to direct a person with the U.S. government whom they believed was a cooperator to provide confidential information about the Justice Department's investigation, including about witnesses, trial evidence and potential new charges. One of the defendants paid about $61,000 for the information, the Justice Department said.

The department has issued arrest warrants for the pair, but it’s not clear whether they will ever be taken into custody.

Attorney General Merrick Garland also announced charges against four other Chinese nationals, accusing them of using the cover of an academic institute to try to procure sensitive technology and equipment as well as interfering with protests that "would have been embarrassing to the Chinese government." And two additional people were arrested and five others charged with harassing someone living in the U.S. to return to China as part of what Beijing calls "Operation Fox Hunt."

"Today's cases make clear that Chinese agents will not hesitate to break the law and to violate international norms in the process," Deputy Attorney General Lisa Monaco said.

Wang and He are accused of reaching out to someone who began working as a double agent for the U.S government, and that person's contacts with the defendants were overseen by the FBI. At one point last year, prosecutors say, the unnamed person passed to the defendants a single-page document that appeared to be classified as secret and that contained information about a purported plan to charge and arrest Huawei executives in the U.S.

But the document was actually prepared by the government for the purposes of the prosecution that was unsealed Monday, and the information in it was not accurate.

The company is not named in the charging documents, though the references make clear that it’s Huawei, which was charged in 2019 with bank fraud and again the following year with new counts of racketeering conspiracy and a plot to steal trade secrets.

Spokespeople for Huawei and the Chinese Embassy in Washington did not immediately return messages seeking comment. Huawei has previously called the federal investigation "political persecution, plain and simple."

"Attacking Huawei will not help the U.S. stay ahead of the competition," the company said in a statement published in 2020.

In the case linked to "Operation Fox Hunt," prosecutors say Chinese agents tried to intimidate an unnamed person and his family to return to China. Part of the plot, the U.S. alleges, involved having the person's nephew travel to the U.S. as part of a tour group to deliver threats that included, "Coming back and turning yourself in is the only way out."