The patient, a man in his 50s from Worcester County, reported vaping both nicotine and THC, the high-inducing ingredient in marijuana, health officials said.

Officials said more than 200 suspected cases of vaping-associated lung injury have been reported to the Massachusetts Department of Public Health since September. Last month, the agency reported the first two deaths in the state — a woman in her 40s from Middlesex County and a woman in her 60s from Hampshire County. 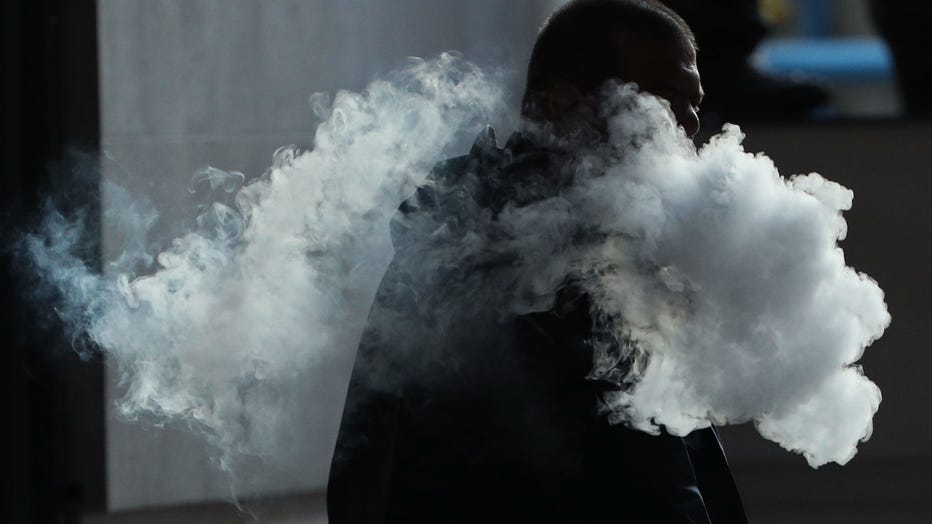 A vapor cloud produced by a man with an e-cigarette is show in a file image. (Photo by Yui Mok/PA Images via Getty Images)

No single ingredient, electronic cigarette or vaping device has been linked to all the illnesses, according to the Centers for Disease Control and Prevention. Most who got sick said they vaped products containing THC.

Massachusetts Gov. Charlie Baker issued an emergency ban on vaping products in September in response to the lung illnesses.