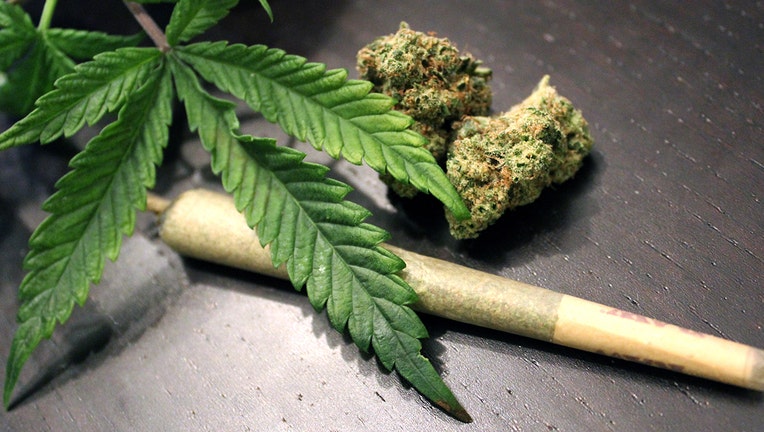 (Courtesy of the American Heart Association)

TALLAHASSEE, Fla. - Arguing that a new law violates constitutional rights, supporters of a proposed constitutional amendment that would legalize recreational marijuana filed a lawsuit Tuesday seeking more time to submit petition signatures to get on the November ballot.

The political committee Make It Legal Florida filed the lawsuit in Leon County circuit court targeting the constitutionality of a law that placed more restrictions on signature gathering and alleging that problems with a state database have hampered the recreational marijuana measure.

Sponsors of proposed constitutional amendments are required to submit 766,200 valid petition signatures to get on the November ballot. Petitions are submitted to county election supervisors, who verify the signatures and report the information to the secretary of state.

The process must be done by Feb. 1. But the lawsuit said the process effectively involves a “stealth deadline” of Jan. 2 to submit petitions to county supervisors because of a 30-day window for verification and reporting of signatures. The lawsuit seeks an extension until Feb. 1 to submit signatures to county supervisors, with the deadline for verification similarly extended.

The 57-page lawsuit focuses on a controversial law (HB 5) passed this spring and signed by Gov. Ron DeSantis. In part, the law placed additional regulations on paid petition gatherers who play a crucial role in getting constitutional amendments on the ballot.

The case was filed as a class-action lawsuit, naming as defendants Secretary of State Laurel Lee and Levy County Supervisor of Elections Tammy Jones as a representative of all 67 elections supervisors in Florida.

“The actions of the secretary have presented an enormous (if not insurmountable) barrier to the ability of sponsors, such as plaintiff Make It Legal Florida, to collect the requisite number of signatures for petitions and have them reviewed, validated, and verified by the supervisors, and then reviewed and deemed sufficient by the secretary --- all by the February 1, 2020 deadline,” the lawsuit said. “It is thus substantially likely, if not certain, that initiative petitions will fail (i.e., they will not make the ballot for vote by electors in the 2020 general election), despite the fact such initiatives would or could have succeeded if not doomed by the impairments caused to petition circulators’ ability to register and timely begin circulating and collecting signatures in support of petitions.”

The lawsuit also alleges that changes made by the law “lack even a rational, reasonable, or coherent justification or relation to any purported state interest.”

“Instead, the amendments have the intent and effect of impermissibly burdening and impinging the petition rights of plaintiff and Florida voters … As a result, the amended law is facially invalid, as an unconstitutional alteration of the initiative petition process,” said the lawsuit, filed by the firm of Tallahassee attorney Steve Andrews, who has frequently battled the state in court on other issues.

A Department of State spokesman could not immediately be reached through an email Tuesday afternoon.

The state had tallied 219,290 valid petition signatures from Make It Legal Florida as of late Tuesday afternoon, according to the Division of Elections website. The proposed constitutional amendment would allow people 21 or older to “possess, use, purchase, display, and transport up to 2.5 ounces of marijuana and marijuana accessories for personal use for any reason.”

The constitutional amendment process has long been controversial, with many Republican leaders and influential groups such as the Florida Chamber of Commerce arguing that ballot initiatives are inappropriately being used to make policy decisions that should be made by the Legislature. Among changes that have been made to the process over the years include requiring 60 percent approval from voters --- rather than a majority --- to pass constitutional amendments.

While Make It Legal Florida contends the changes made in the new law could prevent it from reaching the ballot, three other measures have already received enough petition signatures to go before voters in November. They are a proposal to increase the minimum wage, a proposal to revamp the primary-election process and a proposal to change constitutional wording about the citizenship of voters.

Other proposals, however, appear in danger of not reaching the signature requirement --- or have already pulled back to try to get on the 2022 ballot. As of Tuesday, for example, the state had tallied 130,232 signatures for a proposal to ban assault-style weapons.