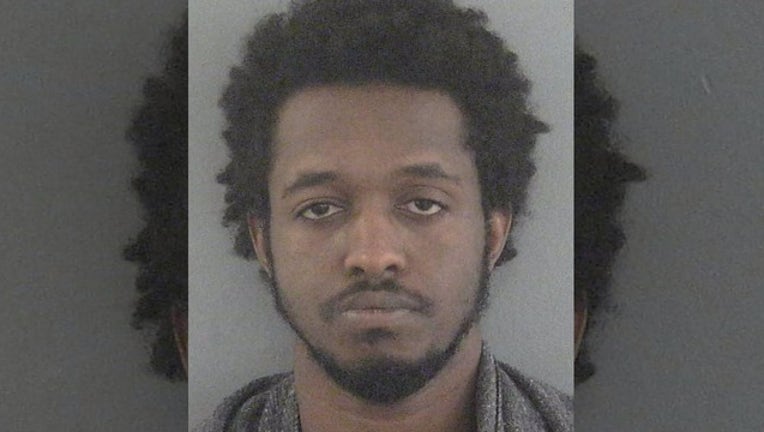 MARION COUNTY, Fla. (FOX 35 WOFL) - A man was arrested after robbing a convenience store and leading deputies on a chase.

The Marion County Sheriff's Office says that they arrested 23-year-old Hasan Alexander Campbell after he attempted to rob a convenience store and then was apprehended after a chase that extended into Sumter County.

They say that on January 17th, Campbell attempted to rob the Circle K at 4410 West Highway 326. The clerk refused to give him his money and a customer in the store confronted him. They fought, but the suspect was eventually able to flee.

Campbell was reportedly located by deputies traveling southbound on Interstate 75. They pursued his vehicle into Sumter County and were able to disable his vehicle using stop sticks. He was taken into custody without incident.

The Marion County Sheriff's Office says that during a post-Miranda interview, Campbell said he was trying to meet up with a relative to go to a strip club. He also stated that he was just trying to figure himself out and that his motive was to try to prove to his mother that he was independent and could take care of himself.

Campbell is being charged with Attempted Robbery, Battery and Fleeing and Eluding. He is being held at the Sumter County Jail on a $23,000 bond.