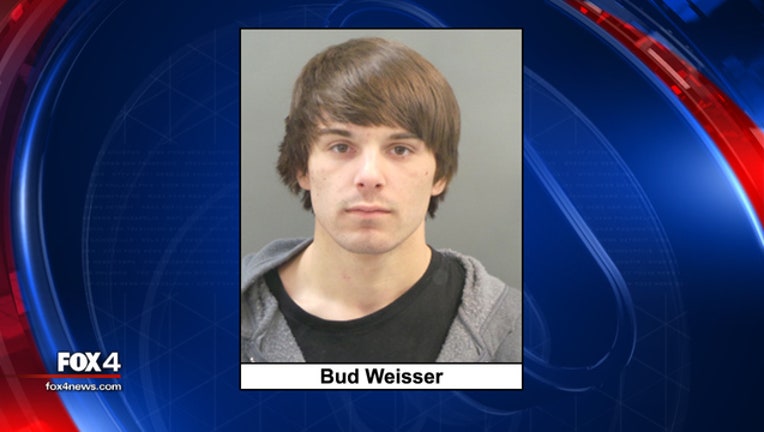 Bud Weisser is in trouble for his visit to Budweiser.

Weisser, 19, was arrested for trespassing at the iconic Budweiser brewery in St. Louis on Thursday.

FOX 2 in St. Louis reported that Weisser entered a secured area of the brewery after 6 p.m. Thursday. An altercation occurred after security asked him to leave and police were called.

Police took Weisser into custody and he was cited for trespassing and resisting arrest.

Weisser was previously arrested in 2014 after he broke into a gas station but managed to escape after a chase. He later turned himself in.