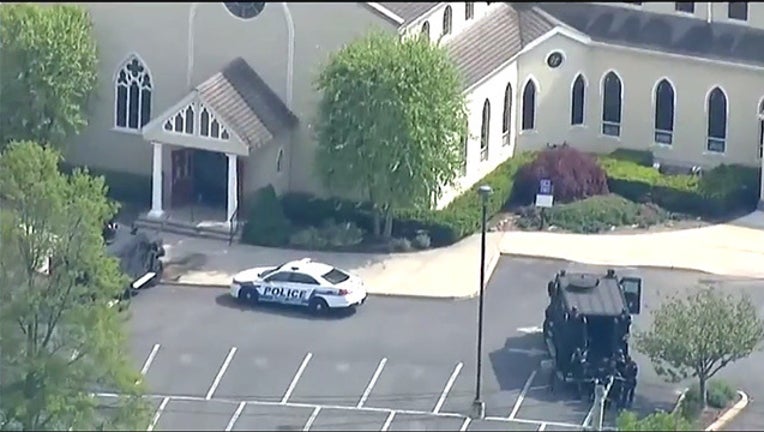 NEW YORK (FOX5NY) - A man was found dead inside a Long Island church after a bizarre series of events on Friday afternoon.

Things started unfolding at about 1:30 p.m. when Suffolk County police received a 911 call from an off duty NYPD officer who saw a man try to set his vehicle on fire and then went into Saint John Roman Catholic Church in Center Moriches.

The man, identified as John Beneventano, was carrying a gas or propane tank.  He threw gasoline at an officer and then tried to strike a match.  The officer got away safely.

Beneventano then lit a match and started a fire inside the building.

Suffolk County police set up a perimeter around the church.  Hours later, a police robot was moved into the church.  The man was found dead.

It was later determined that Beneventano, 42, of Shirley, committed suicide. It appears that no one else was injured in the incident..