Kevin Kinard, a 33-year-old from Arkansas, found the second-largest diamond ever found in Crater of Diamonds State Park's 48 year history.

LOS ANGELES - Kevin Kinard visited Crater of Diamonds State Park in Arkansas regularly, despite having never found a diamond, but a recent trip turned into his lucky day.

Kinard, a 33-year-old bank branch manager from Maumelle, Arkansas, found the second-largest diamond ever found in the park’s 48 year history — a 9.07-carat diamond. 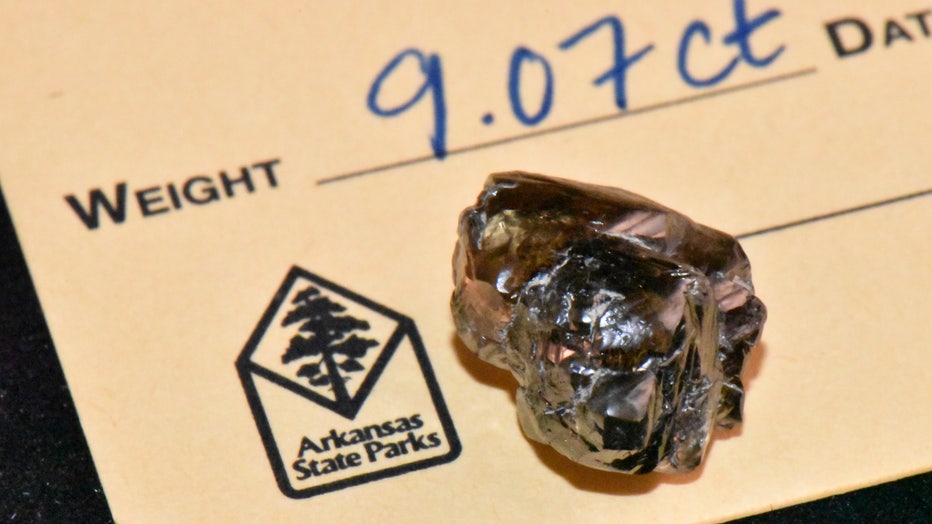 Kinard and his friends brought equipment with them to wet sift and look for treasure on Labor Day. “I only wet sifted for about 10 minutes before I started walking up and down the plowed rows. Anything that looked like a crystal, I picked it up and put it in my bag,” Kinard told Arkansas State Parks.

While searching in the southeast portion of the diamond search area, Kinard picked up a marble-sized crystal. Kinard said, “It kind of looked interesting and shiny, so I put it in my bag and kept searching. I just thought it might’ve been glass.”

After a few hours of searching, Kinard and his friends stopped by the park’s Diamond Discovery Center, where park staff identify visitor finds and register diamonds. “I almost didn’t have them check my finds, because I didn’t think I had found anything,” Kinard said. 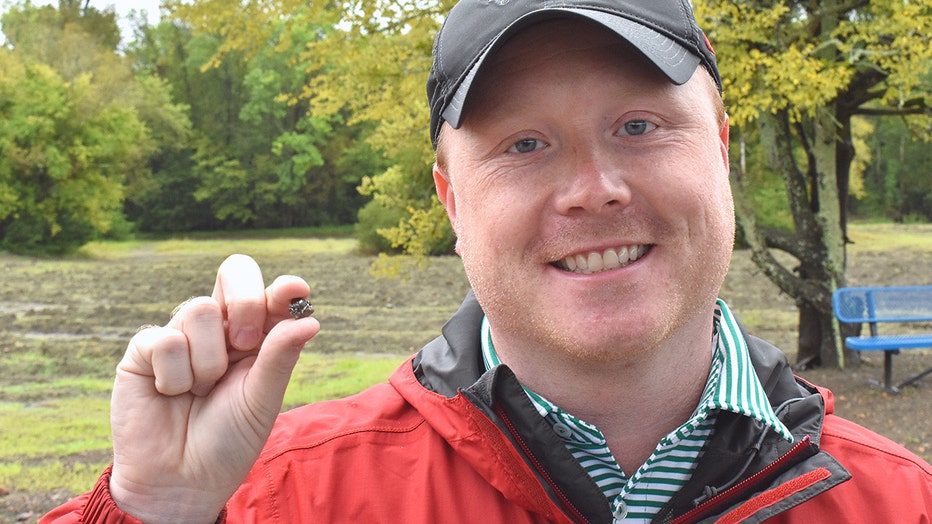 An employee identified Kinard’s rocks, and after a few minutes, park managers revealed that he had discovered a diamond weighing more than nine carats. “I honestly teared up when they told me. I was in complete shock!,” Kinard said.

The carat weighed 9.07 carats, the second-largest found at the park since it became an Arkansas state park in 1972. The only larger diamond found was a 16.37-carat white Amarillo Starlight, discovered in 1975.

According to The Diamond Registry, the average wholesale price of a nine-carat diamond ranges between $123,000 and $1.8 million.

Ginger Burton, Kinard's friend who was with him, posted a congratulatory message on Facebook, writing “I’ve kept this secret waaaayyyyy too long!!!”

Kinard noted the significance of the weight and date he found his diamond. He added, “It weighed 9.07, and I found it on 9/7. I thought that was so unique!” 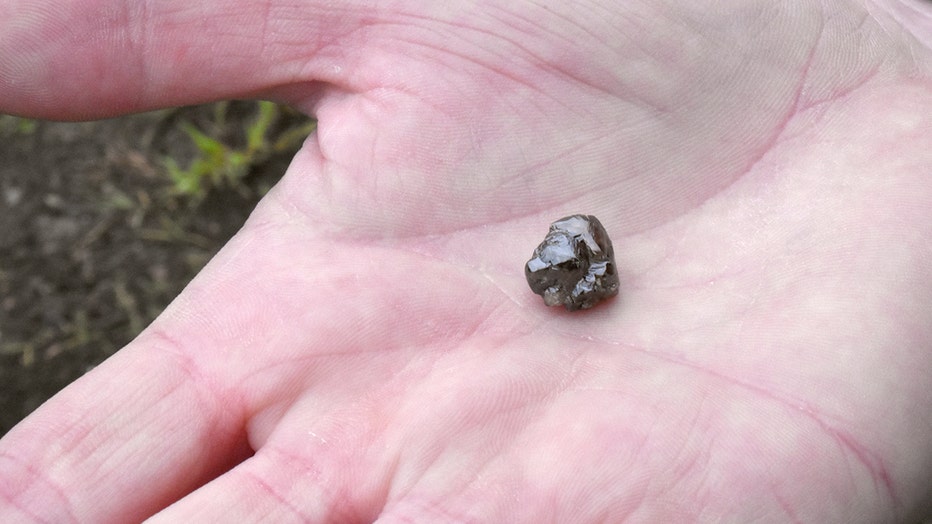 According to Arkansas State Parks, 75,000 diamonds have been found at the Crater of Diamonds.

RELATED: ‘NeXt’ on FOX: The terrifying reality of a rogue AI program mirrors real-world consequences

When asked what advice he would give other visitors attending the park, Kinard said, “Have the park staff check everything, because you never know. I would have never in a million years dreamed that I had found anything. Always have them check it!”