Man accused of killing woman, staging it as accident

A man is accused of killing a woman in Chesterfield Township then staging the crime as an accident.

CHESTERFIELD TWP, Mich. (FOX 2) - A Macomb County man has been charged with the death of a woman in Chesterfield Township two days after police said he tried to stage her death as a car crash in a residential neighborhood.

John Galvan, 42, is charged with reckless driving causing death, manslaughter, failure to stop at the scene of Dana accident, and operation a vehicle with a suspended license.

Galvan was arraigned on Tuesday for the woman's death and is being held on a $500,000 cash bond.

According to state records, Galvan is a sex offender after being convicted in September 2004 with second degree criminal sexual conduct with a person under 13. Galvan's listed address on the sex offender registry was in Madison Heights, more than 30 minutes away from where the woman was murdered. The prosecutor's office stated that Galvan lived in Chesterfield Township, however.

The victim and Galvan had a relationship, but the nature of that relationship is unclear.

The call to the neighborhood came in as a pedestrian accident near Hiddenbrook and Burgess in Chesterfield Township. The woman was found with serious injuries and later pronounced dead.

But police on Sunday said the evidence at the scene didn't support the claim of an accident and believe the accident scene was staged.

"Evidence at the scene and witness statements were not consistent with a traffic crash," the Chesterfield Twp Police Department said in a press release.

In a Ring doorbell video obtained by FOX 2, a car can be seen driving down the residential street, come to a stop, and then the car's flashers turn on after a short time. About seven minutes later, the first police car arrives on the scene.

"Why did he take off? These are questions that have to be asked, but what happened before that?" Macomb County Prosecutor Pete Lucido said.

A second person was arrested the same day Galvan was arrested, but that person has been released with no charges filed against them. 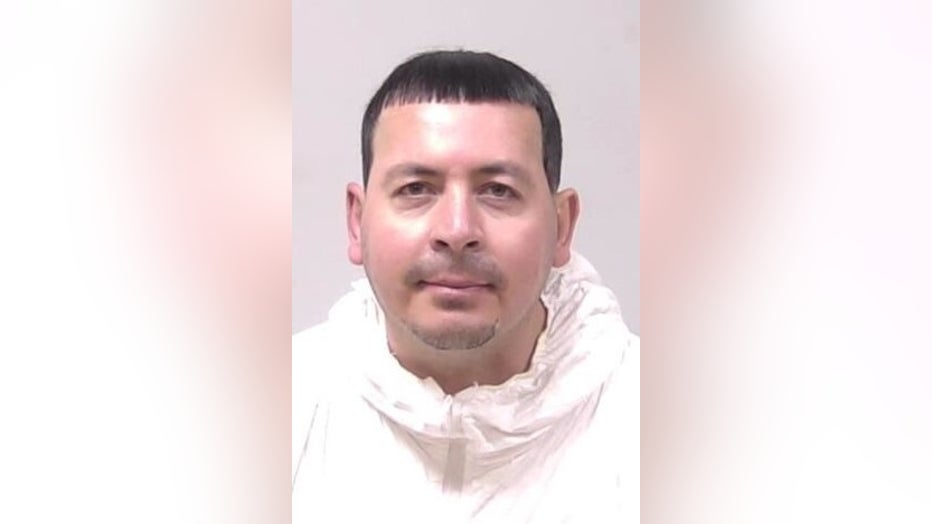 John Galvan, 42, has been charged with the death of a Chesterfield Township woman on Sunday, Feb. 13.