Michigan man builds wall out of poop after dispute with neighbor

A dispute between neighbors in Washtenaw County led to one of them building a wall out of cow poop.

It's a smelly fence that Wayne Lambarth says his farmer neighbor built after a dispute.

"Normally they spread it on the field but they decided to make a fence out of it," Lambarth.

Lambarth's grandfather developed the farm 100 years ago, but the property was divided, and there was a dispute over the property line last year.

That's when the manure appeared, close to the house.

"It's just a s--- pile over there," Jaidyn Schwarzel said. 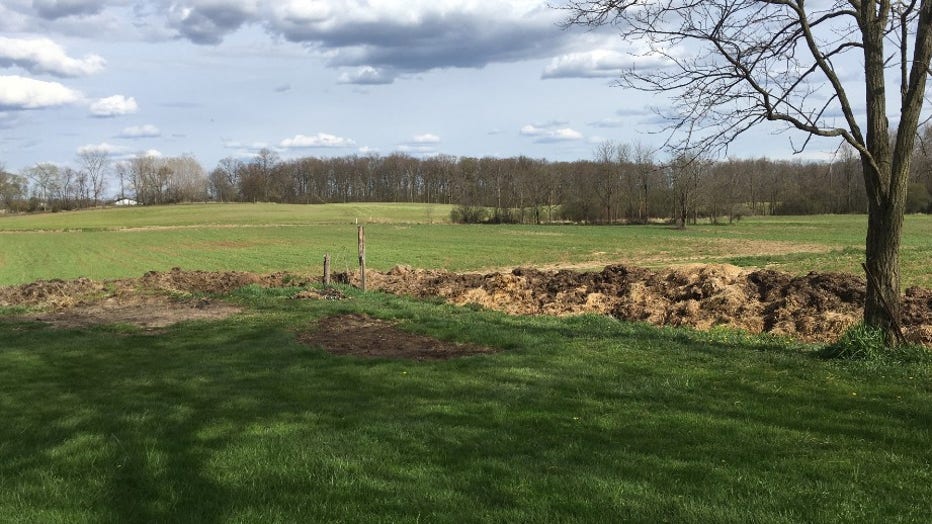 Lambarth has tenants living in the house who are forced to deal with smelling the cow poop wall every day.

"It's like you can't leave the window open. The whole upstairs will smell like it," Coyne Gatto said.

Gatto and Schwarzel live in the home and have complained about the smell of the poop.

When asked about the poop wall, the neighbor who built it said, "It's not a poop wall. It's a compost fence."

He was also told that his neighbor did not like the poop, to which he responded something inaudible about not liking the price of milk before he got back to work on his farm.

While the poop is a disgusting nuisance, local officials said nothing can be done about it because it is on the neighbor's property.