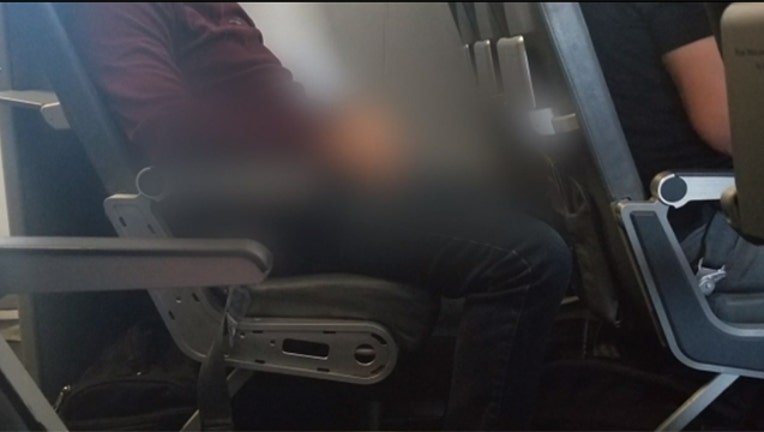 No one is saying flying is a great experience these days but no one expects things this bad.  A passenger on a Frontier Airlines flight is accused of groping a woman and then urinating on the seat in front of him.

It happened on a flight from Denver to Charleston.  A passenger who caught the man urinating on camera says she had fallen asleep but woke up about two hours into the flight by a woman screaming about the man touching her.

The flight crew reportedly moved the highly intoxicated man to a different row. that's when the passenger who had been asleep saw him relieve himself on the seats in front of him.

That woman was moved to a different seat, her bag fees waived and she was given a $200 voucher.

The man, identified as Michael Allen Haag, 45, was arrested when the plane landed.

As for the woman who snapped the photo, she said, "Worst flight ever."