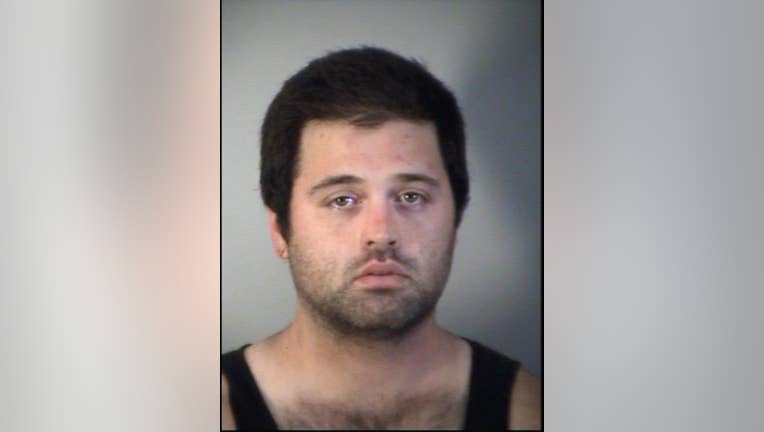 LEESBURG, Fla. - The Lake County Sheriff's Office says a man is accused of trying to lure a child and ask others to 'sell weed'.

Tyler Rathel is charged with one count of luring or enticing a child and two counts of contributing to the delinquency of a minor.

Deputies say the children, a 10-year-old and two 14-year-olds, were with an 18-year-old who was looking after them at an arcade when they say Rathel approached them.

First, deputies say the suspect grabbed the 10-year-old's arm and told him to go with him, but the child was able to get away, according to Rathel's arrest report.

Next, deputies say the two other juveniles were approached by Rathel who asked them if they "wanted to sell weed."

Both of those children were not hurt, according to the police report.