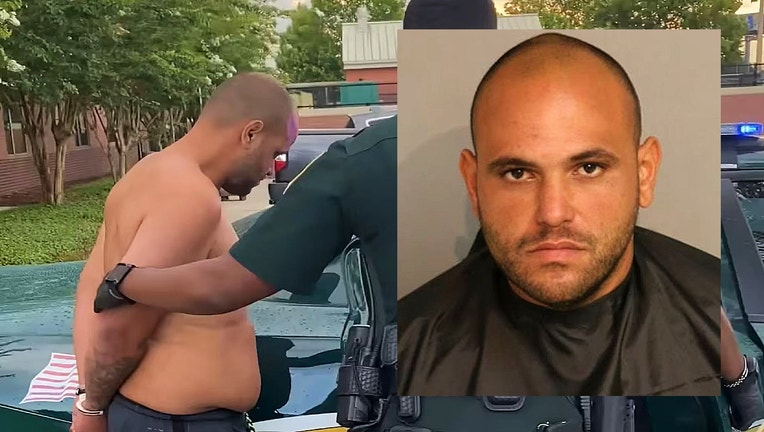 Authorities in Osceola County have arrested one of two suspects involved in an alleged robbery in which a man is said to have reached through a car window to snatch a gold necklace off of an 85-year-old woman who was behind the wheel.

Deputies with the Osceola County Sheriff’s Office responded to the area of Royal Palm Drive and San Blas Avenue in Kissimmee on Wednesday regarding the report of a robbery.

An investigation that two men occupying a silver Toyota Camry had followed a woman from a bank in the Buenaventura Lakes area. Once in the area of Royal Palm Drive, the suspects drove beside the woman and flagged her down asking for money, deputies said. The woman pulled over and one of the men approached her window and asked for gas money. At some point during their interacting, the woman said the man reached inside her vehicle, snatched her gold necklace from around her neck, and fled back to the awaiting Camry.

One of the suspects was identified as 30-year-old Alejandro Torres-Rosado, who was located and apprehended by detectives on Thursday. He was arrested and booked in the Osceola County Jail.

Anyone with information related to this case or any other similar incidents, please contact the Osceola County Sheriff’s Office at 407-348-2222.