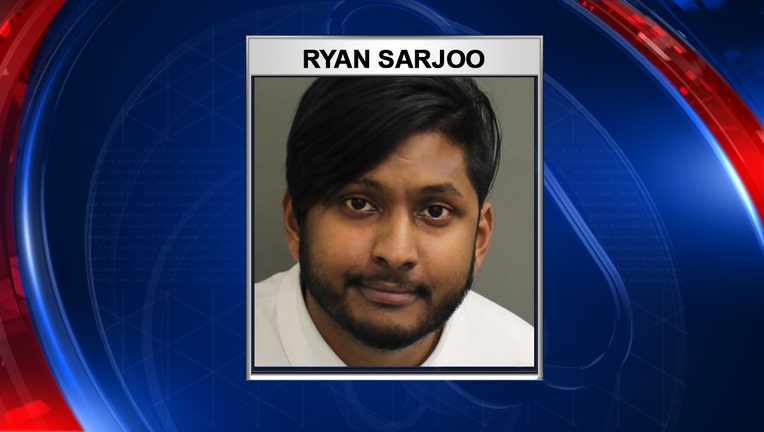 ORLANDO, Fla. - Orlando police officers on Thursday arrested a man who is alleged to have openly carried and then fired an AR-15 rifle into the air while walking along a street in Downtown Orlando.

Investigators are reviewing video which surfaced that appears to show Ryan Narendra Sarjoo, 26, holding an AR-15 and yelling at a man near the intersection of S. Orange Avenue and E. Pine Street moments before a shot is fired.

Arresting officers said a witness who called-in about the incident told them that Sarjoo was arguing with a black man near his parked car. The arrest report states that Sarjoo "grabbed a rifle and shot into the air."  According to the witness, Sarjoo appeared intoxicated.

"I looked around the road for the rifle casing for when Sarjoo shot the rifle. I observed a spent rifle casing and a rifle round on the ground," according to Officer Justin Wilkins, who collected the items as evidence.

The report also states that Sarjoo was in possession of a handgun which he placed on the ground before surrendering to police.

Officers arrested Sarjoo, charging him with one count of openly carrying firearms.  He has since bonded out of jail.