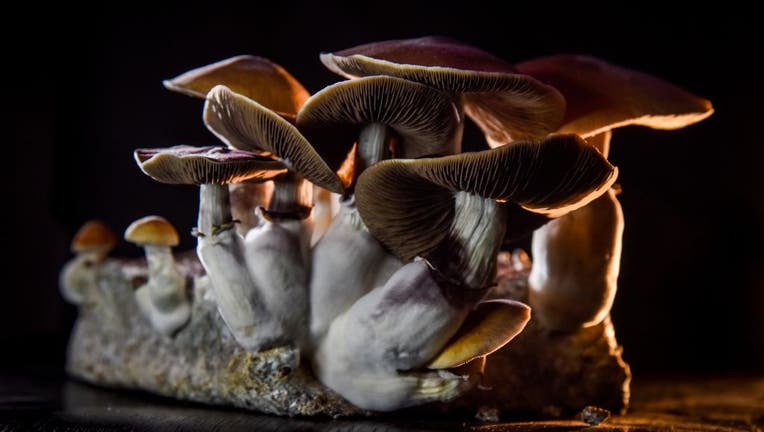 WASHINGTON, DC - FEBRUARY 5:A DC resident has an operation growing psilocybin mushrooms, including these Psilocybe cubensis mushrooms, in Washington, DC, on Monday, February 5, 2020. With the legalization of marijuana, advocates are now pushing for o

A team of researchers from Imperial College in London published their findings in Nature Medicine.

To test their theory, scientists administered psilocybin to two groups of people. One group involved people with treatment-resistant depression— where previous drugs didn’t alleviate symptoms. The second group was given psilocybin along with a placebo or escitalopram— another drug to treat depression and anxiety.

RELATED: US teachers being trained in mental health to help students in turmoil

Functional magnetic resonance imaging, or fMRI, showed that psilocybin’s antidepressant response was rapid and sustained. They also found that escitalopram had a milder response.

Scientists said they realized that over time, even the best medicines to treat depression are moderately effective in treating the symptoms. However, they noted psilocybin and related psychedelics treatment for depression is not completely understood.

Researchers say they found a way to tell from a person’s blood how severe their depression is, the risk of developing severe depression in the future and the risk of future bipolar disorder.

"In light of growing evidence for the antidepressant efficacy of psilocybin...the present findings advance our understanding of its possible underlying brain mechanisms," the study’s authors noted.

"Our results may help to explain why psilocybin therapy holds promise as a new treatment option in psychiatry," they continued.

The National Institute on Drug Abuse has listed potential harmful effects of people using psychedelics including such as continued mental problems and addiction. However, the agency noted that more research is needed to determine the long-term effects of usage.

The agency noted that psilocybin may be effective in treating depression and anxiety.

The Food and Drug Administration has granted "Breakthrough Therapy" designation for two formulations of psilocybin being studied for safety and efficacy as a medical treatment for depression, according to the agency.

In 2020, Oregon became the first state to decriminalize hard drugs like heroin and methamphetamine and to legalize the therapeutic use of psilocybin mushrooms, with two ballot measures passing by large margins. The measure requires the Oregon Health Authority to allow licensed, regulated production and possession of psilocybin, exclusively for administration by licensed facilitators to clients.