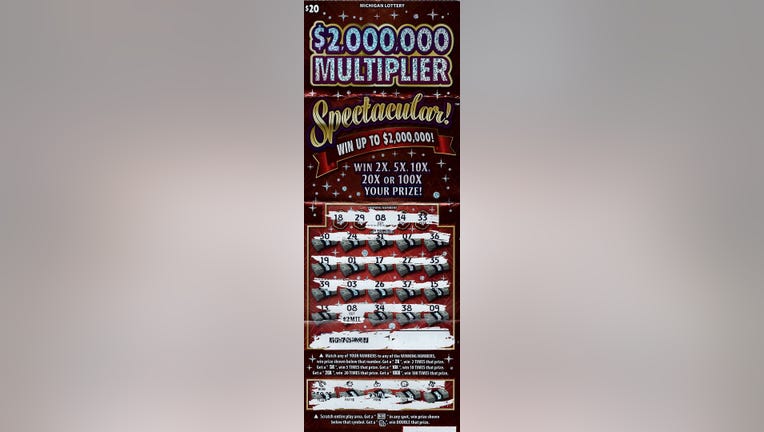 "The $2,000,000 Multiplier Spectacular ticket caught my eye because I liked the color and design, so I decided to give it a try," said the 44-year-old woman, who chose to remain anonymous.

She said she bought the ticket at Kelsey’s Market at 26953 Ryan Road in Warren.

"When I scratched the ticket and saw I’d won $2 million, I had to do a double take because I thought I was reading it wrong. When it finally sunk in that I’d won, I was very excited!" she said.

She chose to receive her prize as a one-time lump sum payment of about $1.2 million rather than 30 annuity payments for the full amount.

With her winnings, she plans to pay bills and then save the remainder.