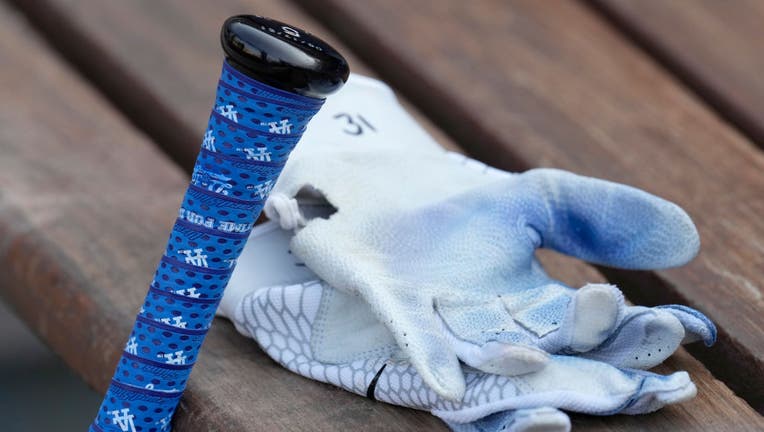 JUPITER, Fla. (AP) - Negotiators for locked-out players and owners recessed their talks until Monday, the day Major League Baseball had set as a deadline to salvage March 31 openers.

The sides held a series of short and more frequent meetings that stretched into Sunday night before saying they would resume in the morning.

MLB says that if there is not a deal by the end of Monday, there will not be enough training time to start the season as scheduled and play 162 games.

RELATED: Spring Training delayed until at least March 8 due to ongoing MLB lockout: here's what you should know

Teams and owners narrowed some differences Friday and Saturday. Entering the 88th day of the work stoppage they were still far apart on big issues that include luxury tax thresholds and rates, the size of the new bonus pool for pre-arbitration players and minimum salaries.

Some of those issues were in play during negotiations in which management wants the union's agreement to expand the postseason from 10 teams to 14, two more than players have thus far been willing to accept.

The 1994-95 players strike halted MLB’s season long before many current Major League Baseball players were born. But the current generation of baseball players could be mere weeks from experiencing a work stoppage first hand.

Between 1 p.m. and 6:30 p.m. Sunday, Deputy Commissioner Dan Halem made four walks from the offices in the main part of Roger Dean Stadium to the area where players caucus in the Cardinals clubhouse building beyond the right-field wall.

Max Scherzer, Andrew Miller and Marcus Semien attended the talks, a smaller group than in recent days, along with union head Tony Clark and chief negotiator Bruce Meyer. Scherzer, who lives nearby, left in late afternoon but may return.

Baseball’s ninth work stoppage started Dec. 2. Spring training games were to have begun Saturday and have been canceled through March 7.

MLB began the day offering to raise the luxury tax threshold from $210 million last season to $214 million this year, increasing it to $220 million by 2026. Teams also want higher tax rates, which the union says tend to act like a salary cap.

Players had asked for a $245 million threshold this year, rising to $273 million by the final season.

The union wanted to expand the players with at least two seasons of major league service and less than three to the top 35%, up from the 22% cutoff in place since 2013.

The union proposed the pre-arbitration pool to have $115 million distributed to 150 players and management proposed $20 million be split among 30.